Around 2,400 people have tested positive for the dengue virus this year 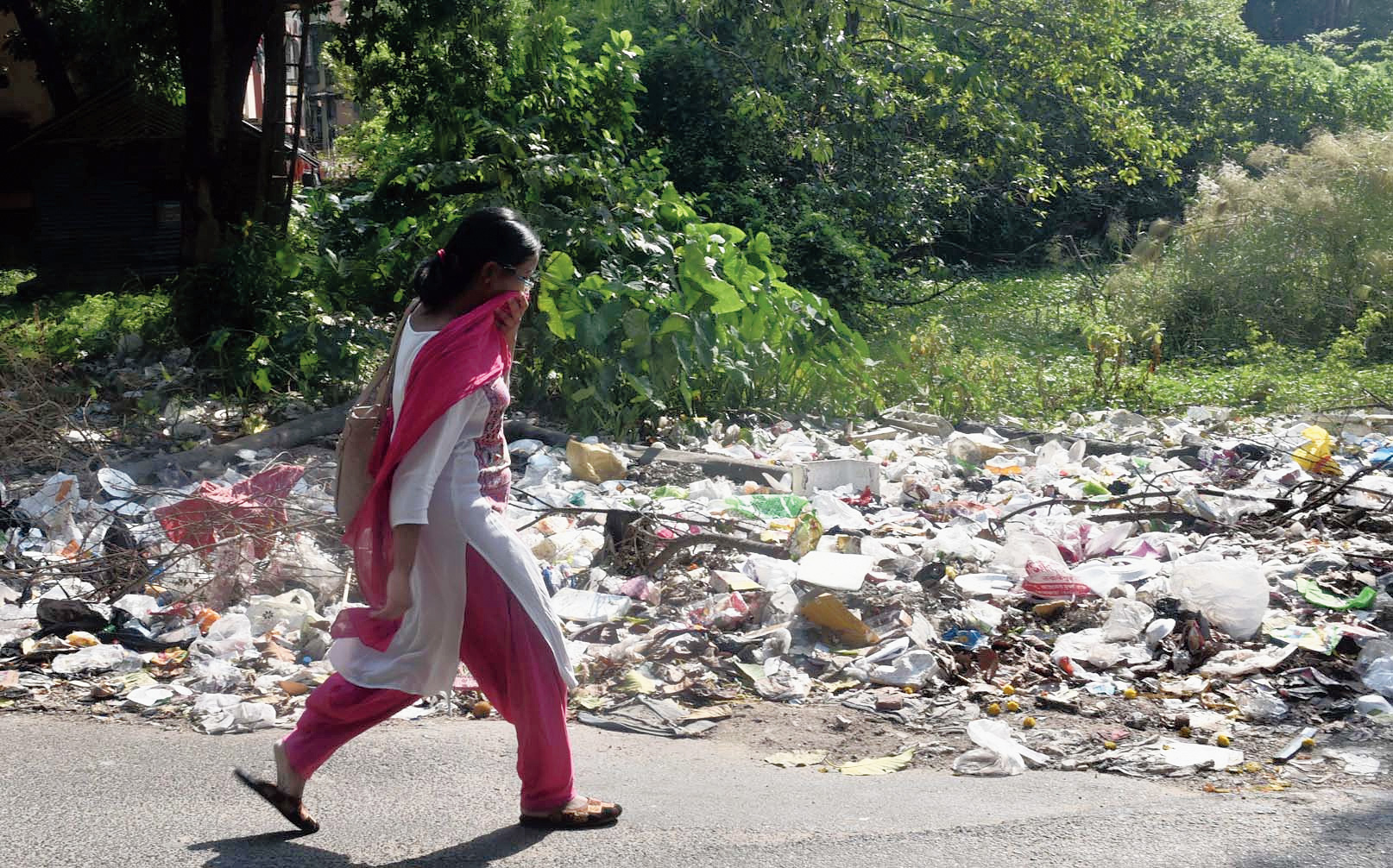 A woman covers her nose as she passes by a pile of garbage on the roadside in Lake Gardens on Sunday. Places like these are ideal for mosquitoes to breed in.
Sanjoy Chattopadhyaya
Rith Basu And Subhajoy Roy   |   Calcutta   |   Published 11.11.18, 10:03 PM

A spell of rain after Durga Puja and an alleged slackness in vector control and surveillance have been blamed for the spike in dengue cases in and around Calcutta over the past couple of weeks.

Dengue admissions in several private hospitals have doubled during this period.

A doctor in a hospital run by the Calcutta Municipal Corporation (CMC) said migration of people from the districts to the city during the festive period might be the reason for dengue cases rising. But he said that CMC clinics hadn’t reported any significant change.

Dengue cases showing an upward trend in November is surprising because the opposite usually happens at this time of the year. A decrease in temperature makes the environment less conducive for the dengue-causing Aedes aegypti mosquito to thrive.

The minimum temperature has been in the range of 19 to 20 degrees Celsius over the last few days, below normal for this time of the year.

According to public health experts, the spurt in dengue couldn’t have happened without the municipal authorities letting down their guard. The rain brought by a cyclonic storm on the Bay of Bengal post-Puja was possibly the trigger for an Aedes aegypti breeding spree.

On Sunday evening, Ruby General Hospital had nine patients with dengue. The average till a few weeks ago was four.

Desun Hospital, off the EM Bypass, currently has seven dengue patients. Two weeks ago, it had four.

“We have had 14 dengue patients coming in between October 29 and November 4. Between November 5 and 11, there were 16 more admissions. Most of these patients got better and left within two or three days of admission. But one of the seven patients undergoing treatment is in a critical condition,” an official said.

Under normal circumstances, the number of dengue cases declines by the second week of November, according to an official at Apollo Gleneagles Hospitals. “The only plausible reason for the number not coming down is the recent bout of rainfall. The temperature is below 20 degrees Celsius already,” he said.

Civic officials said a persistent drizzle in the last week of October created pockets of water where mosquitoes could breed. Nobody had an answer for the apparent slackness in dengue surveillance during that crucial period.

“Vector control workers are supposed to visit neighbourhoods every seven days (mosquito larvae develop into adult mosquitoes in that time). We haven’t seen a team in our locality in almost a month,” said Sanjeeb Mukherjee, a resident of Kasba.

Around 2,400 people have tested positive for the dengue virus this year. A CMC official said 200 of these cases had been diagnosed in the week since Puja.