The state went past 2.91 lakh cases since the first infection was detected on March 17, including 5,563 deaths 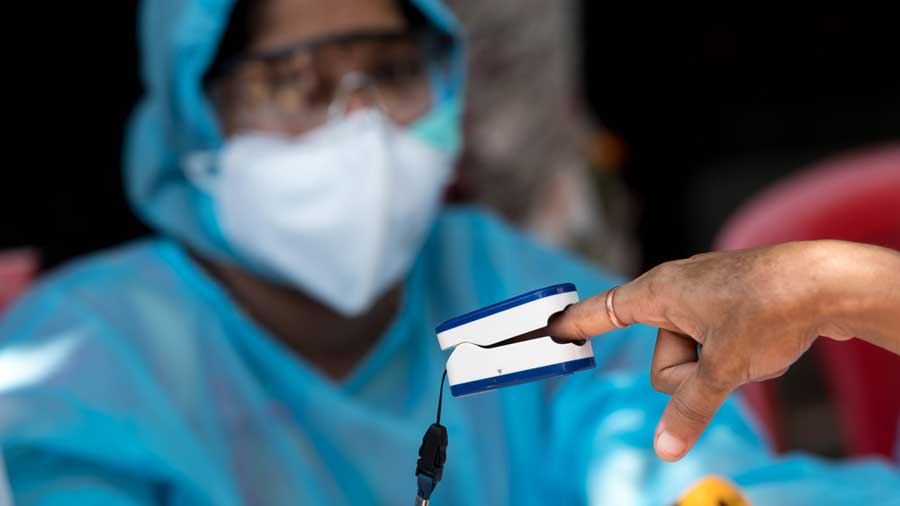 With this, the state went past 2.91 lakh cases since the first infection was detected on March 17, including nearly 2.56 lakh recoveries and 5,563 deaths.

Bengal’s number of active cases stood at 29,793 on Saturday. In the face of a continued surge in the total of active cases, the state is experiencing a dip in the Covid recovery rate from Tuesday onwards. On Tuesday, Bengal’s recovery rate was 87.98 per cent. On Saturday, it stood at 87.86, though still ahead of the national rate at 85.83 per cent.

“In the first 10 days of October, the state has seen the record for intra-day surge in Covid-19 cases in eight days,” said a minister. “This trend has to be reversed over the next couple of weeks. As it is, we are expecting a spell of surge right after Durga Puja,” he added. “In a real cause for worry, the recovery rate has started falling for the first time in months.”

Calcutta and North 24-Parganas have been reporting over 1,500 new cases between them daily once again.

Of the 62 deaths on Saturday, 20 were reported from Calcutta and a dozen from North 24-Parganas. The two districts have contributed over 56 per cent of all Covid-19 deaths in Bengal, since the first was recorded on March 23.

The overall mortality rate stayed at 1.91, while the national rate is 1.53 per cent.

“Substantially lowering the mortality rate is a target we have not been able to achieve in a couple of months. That is difficult when just two districts have been reporting 25-30 deaths daily,” said the minister.

The state also reported 42,855 tests on Saturday, taking the total past 36.5 lakh, with 40,567 tests per million people. “We have been covering a lakh tests almost every two days, for a long time now,” said the minister.

The positive confirmation rate is 7.98 per cent now.