Coal mine meeting with panchayat members

The meet was important to create awareness about the potential benefits from the project and the need of the survey to fix compensation for the 3,500-odd land-losers 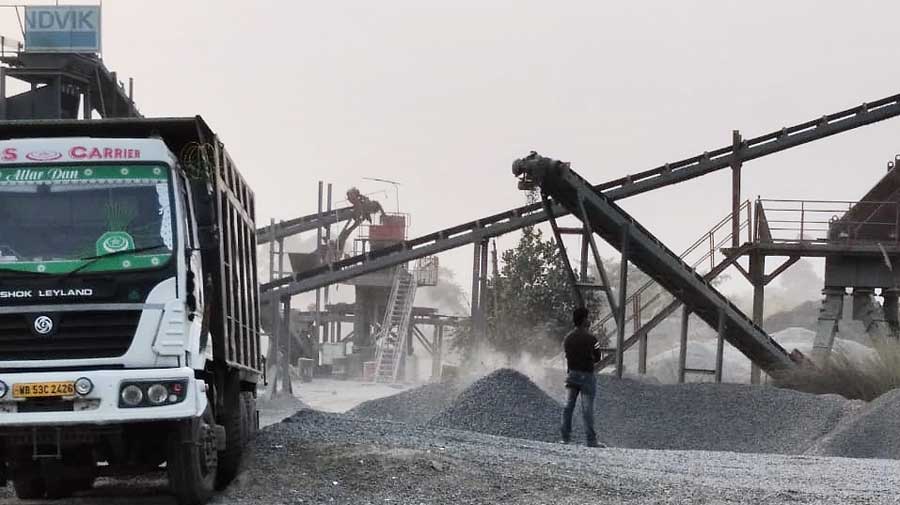 A stretch of land in Birbhum’s Deocha Pachami where the second largest coalmine would come up .
Telegraph picture
Snehamoy Chakraborty   |   Bolpur(Birbhum)   |   Published 17.09.20, 02:56 AM

Bengal state government officials held a meeting with representatives of four gram panchayats in Birbhum’s Mohammedbazar on Wednesday to prepare for a survey that would be carried out among land-losers for the first phase of the proposed Deocha Pachami coal mine.

The meeting on Wednesday was important to create awareness about the potential benefits from the project and the need of the survey to fix compensation for the 3,500-odd land-losers.

“The meeting was held with local people’s representatives to facilitate the surveyors on the ground...The survey is important before starting the discussion for compensation,” said Moumita Godara Basu, Birbhum district magistrate.

The Bengal government is betting heavily on the Deocha-Pachami coal block, located in Birbhum’s Mohammedbazar.

The coal block is spread over 11,222 acres and has an estimated coal reserve of around 2.2 billion tonnes.

According to government estimates, the project can generate jobs for at least 1.5 lakh people and has the potential to act as an engine of economic growth for the entire south Bengal.

On Wednesday, around 30 persons including representatives of four gram panchayats — Hinglo, Bharkata, Sekedda and Puratangram — and a senior official of PDCL (Power Development Corporation Limited) were present for the meeting along with senior district officials.

“A group of people in the area are trying to resist the project from the beginning and they can spread rumours about the survey... So, the panchayat chiefs have been asked to do a door-to-door campaign so that no one can mislead the residents,” said a senior official.

Sources said that the government wanted to complete the survey by September and start the basic work of mining in Deocha-Pachami by January 2021.

“The PDCL would dig up around a dozen wells to test the quality of coal and find out the layers of coal. It needs a stretch of land first. After the survey, we would proceed to hold a meeting with the land-losers about compensation,” said another official.