The buildings are coming up in an area, around 3km from the airport, that has been witnessing a real estate boom over the past few months 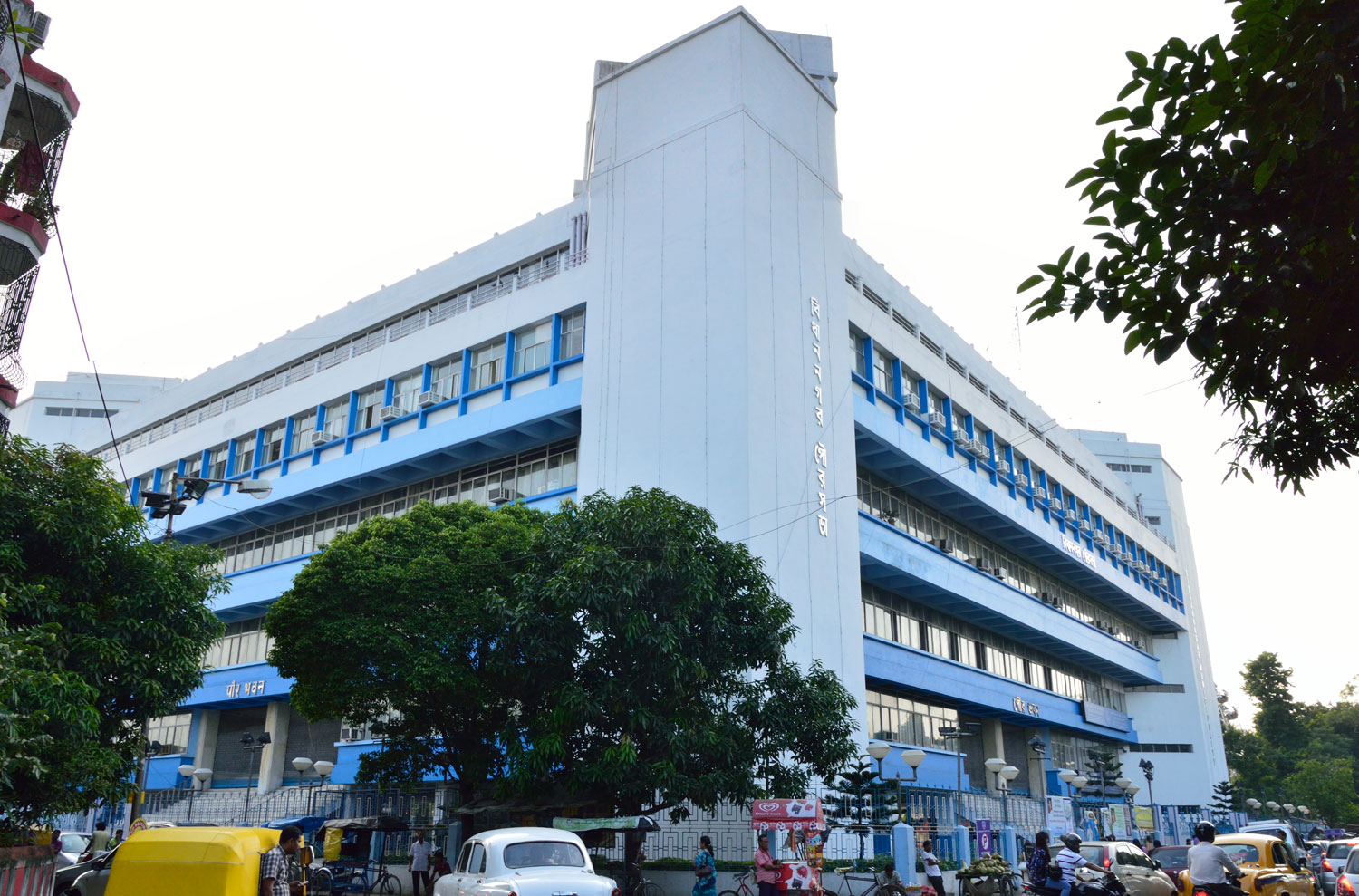 Several residents of the area visited Poura Bhavan (in picture), the headquarters of the corporation, and submitted a written complaint against filling up of ponds for construction, the official said.
(Wikimedia Commons)
Snehal Sengupta   |   Calcutta   |   Published 27.06.19, 09:14 PM

The Bidhannagar Municipal Corporation has identified several multi-storeyed buildings under construction in Kaikhali, a stone’s throw from VIP Road, that are allegedly being built without sanctioned plans, a civic official said.

The buildings are coming up in an area, around 3km from the airport, that has been witnessing a realty boom over the past few months.

Some of the buildings have come up on ponds allegedly filled up without the consent of the owners, the official said.

Several residents of the area visited Poura Bhavan, the headquarters of the corporation, and submitted a written complaint against filling up of ponds for construction, the official said.

Bidhannagar mayor Sabyasachi Dutta on Thursday confirmed that a complaint had been received. He said several corporation officials, led by the executive engineer, had visited the area and photographed the buildings.

“The corporation records have been checked and we have not found any sanctioned plans for the buildings yet.

No blueprints or soil investigation certificates, which are the prerequisites for constructing any building, have been found either. All the buildings are multi-storeyed,” Dutta told Metro.

The builders will be served notices, asking them to explain how construction was initiated without documents, the mayor said. “If they are unable to provide the necessary papers, demolition teams will move in.”

Another corporation official said the area had been under Rajarhat Gopalpur Municipality before it was merged with the erstwhile Bidhannagar Municipality to form the corporation in 2015. The spurt in construction activities began after that, he said.

“There was lack of supervision at the time of transition and developers seized the opportunity to construct multi-storeyed buildings,” the official said.

This is not the first time that the Salt Lake civic body has identified buildings being constructed illegally.

In 2017, more than 30 buildings were identified on both sides of VIP Road that had been constructed without sanctioned building plans.

Rapid and unplanned construction in the area has strained drainage and sewer network and led to waterlogging, the official added.