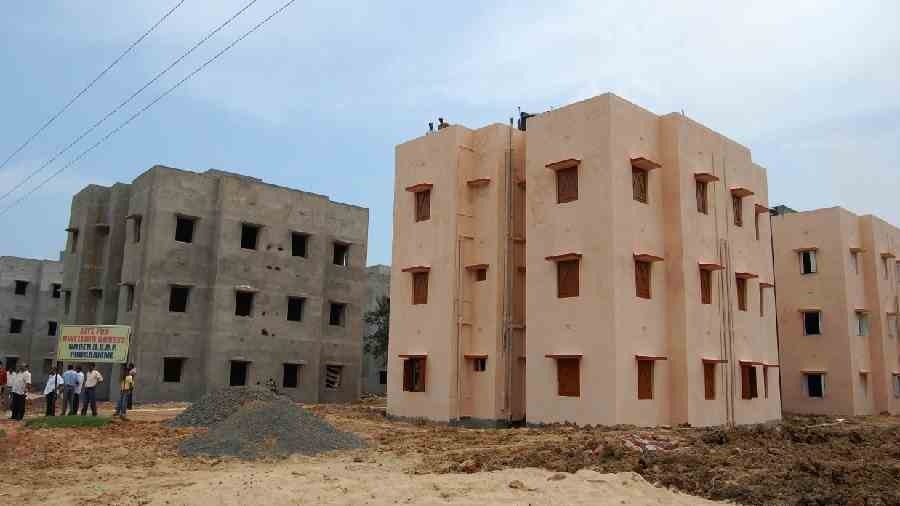 The Narendra Modi government on Thursday sanctioned 11 lakh dwelling units in Bengal for the 2022-23 financial year and approved its share of Rs 8,200 crore under the Pradhan Mantri Awas Yojana (PMAY).

The news, multiple sources said, brought relief to Nabanna, as funds under this central scheme were put on hold since April when Delhi conveyed its reservations to Bengal about the change in the scheme’s name in the state to Banglar Awas Yojana.

“A total of 11 lakh dwelling units was approved for Bengal on Thursday. Expenditure in all for these dwelling units is 13,000-odd crore. The Centre has approved its 60 per cent share worth Rs 8,200 crore for the ongoing financial year,” said a senior bureaucrat.

State government sources said Bengal is supposed to get 50 lakh dwelling units under the PMAY by 2025. For these, the total sanctioned amount is about Rs 58,000 crore. The Centre will shoulder 60 per cent of the cost and the state the rest.

Nabanna sources said that the Centre will release the first phase of the allotment soon. The state must complete releasing the first allotment to beneficiaries in the next four months.

PMAY funds are released in two parts — once the completion report of the first phase of allotment is submitted, the second one is released.

“The chief secretary on Thursday held a video conference with the district magistrates informing them the funds under the PMAY will be released soon.... The chief secretary gave clear instructions that first-phase funds should be sent to the beneficiaries by December 20 and dwelling units should be completed within 100 days,” said a senior official.

Sources also said this development brought some relief to Trinamul as its party leaders were facing questions on why the poor in rural areas were not getting homes despite their names being on the beneficiary list.

“As these funds are released through gram panchayats, most of them run by Trinamul, its leaders were facing questions.... The chief minister recently took it upon herself to explain how the BJP-led Centre was depriving Bengal’s poor,” said a senior bureaucrat. “Now, Trinamulcan easily claim the Centre was forced to release funds after the chief minister put the ball in the Centre’s court.”