Experts warn against ultra-fine pollutant in air, PM2.5, and stress on the need to continue 'working from home' amid the ongoing pandemic 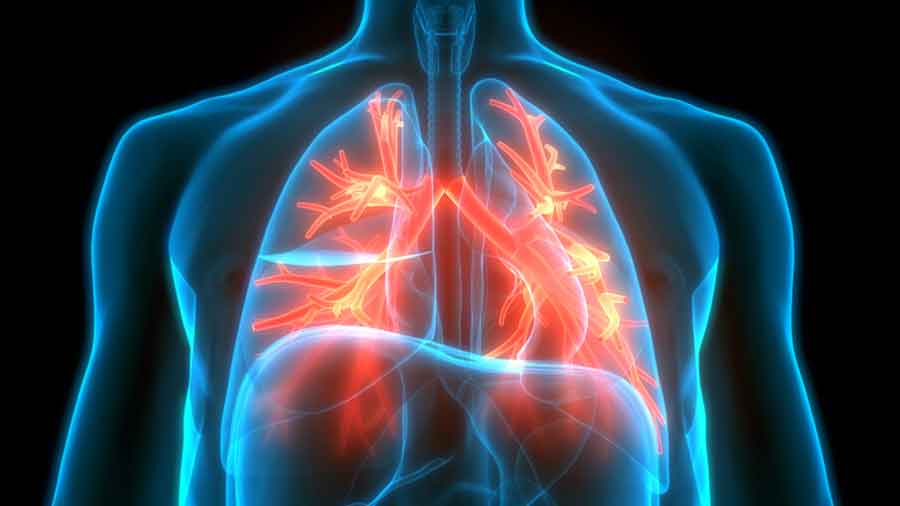 If someone whose lungs are already compromised gets infected with the coronavirus, that person can develop serious complications
Shutterstock
Subhajoy Roy   |   Calcutta   |   Published 17.10.20, 02:31 AM

Prevent burning of waste, compel all builders to ensure construction materials are covered, stop running commercial vehicles aged 15 years or older, and encourage work from home at least till the end of winter.

These are some of the steps that can save Calcuttans from inhaling poor air during winter as it can leave their lungs compromised during the pandemic, doctors and air quality management specialists have said.

The authorities are aware of this but how well these steps are implemented will determine whether Calcuttans breathe clean air this winter, Anumita Roy Chowdhury, the executive director of the Centre for Science and Environment, said.

The research and advocacy organisation based in Delhi works on environment issues.

The ultra-fine pollutant in air, PM2.5, can enter the lungs and trigger symptoms like asthma, pulmonologist Ajoy Sarkar said. Covid-19 has been affecting lungs among other organs, he said. “The smaller particles can go inside the alveoli and respiratory bronchioles and cause bronchospasm, which is narrowing of the bronchi. The function of the lungs will get affected.”

If someone whose lungs are already compromised gets infected with the coronavirus, that person can develop serious complications, Sarkar said.

“The absence of enough wind during winter traps pollutants closer to the ground. The authorities in Calcutta have to ensure that local generators of pollutants are reined in so that they do not add to the existing pollutants in the air,” Roy Chowdhury said.

Kalyan Rudra, the chairperson of the state pollution control board, said the state government had “used water sprinklers very effectively last year to prevent dust from rising”. “District magistrates are alerted the moment burning of crop residue is noticed so that it is stopped.”

Rudra said a panel headed by a chief secretary was working on replacing old commercial vehicles.

Air quality experts said the government should prevent the entry of such vehicles to Calcutta, at least till the end of winter keeping in mind the pandemic.

“The government must ask private companies and even its employees to work from home for a longer period. This will reduce the number of vehicles on roads, which in turn will reduce the emission of particulate matters,” she said.

Burning waste material is common in the city. Road cleaners of the Calcutta Municipal Corporation can often be seen burning dry leaves. This releases an infinite number of particles, which rise in the air or settle in the ground and get further broken down when vehicles run over them, resuspend in the air and enter the lungs when people breathe, according to air experts. Similar particles are emitted by old commercial vehicles and coal ovens.

Controlling pollution from other states will take time and the involvement of other states but controlling local sources of pollution is up to the state government and it can be achieved faster, he said.