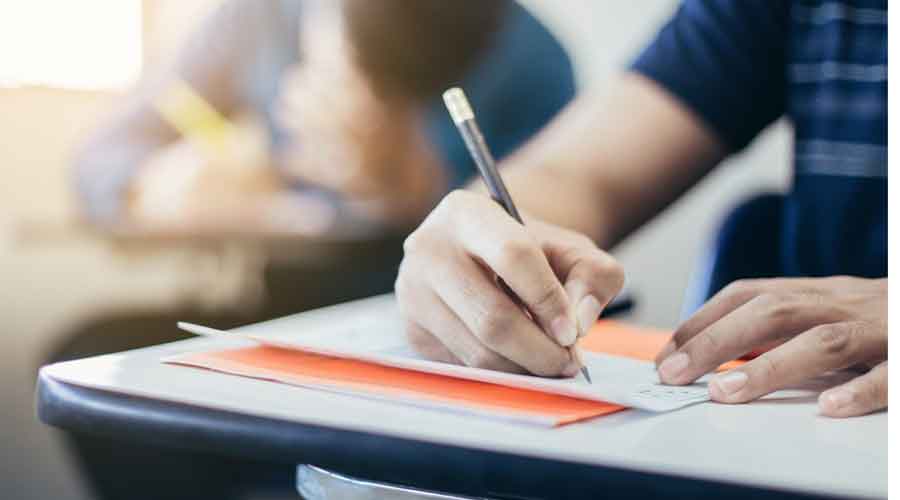 A higher education department senior official said the matter had been brought to their notice by some principals
Shutterstock
Mita Mukherjee   |   Barasat   |   Published 08.07.20, 02:11 AM

A state-aided university in Barasat has issued a notice on Monday saying BA and BSc Part-III examinees cannot use the RTI Act to know how their 20 per cent internal assessment marks were arrived at.

RTI (Right to Information) activists said the notice was in “violation” of the law because its provisions empowered students to seek information on their results if they were not satisfied.

“…. The 20 per cent marks of internal assessment to be sent by the colleges will be outside the purview of the RTI as many students have been/have to be reached on telephone for their assessment and all records, thereof, cannot be maintained as expected….,” the West Bengal State University, Barasat, notice read.

A higher education department senior official said the matter had been brought to the department’s notice by some principals.

The department will seek a clarification from the university on whether the notice can lead to legal problems.

On being asked whether the university was authorised to take such a decision, vice-chancellor Basab Chaudhuri said he would not elaborate on the matter. He, however, added the colleges were closed for a long time and the assessment of many students had to be done over phone.

“The university has no power to decide what should be under the purview of the RTI...,” said RTI activist Amitabha Choudhury.

Colleges have to submit the internal assessment marks on the examination portal by July 17.