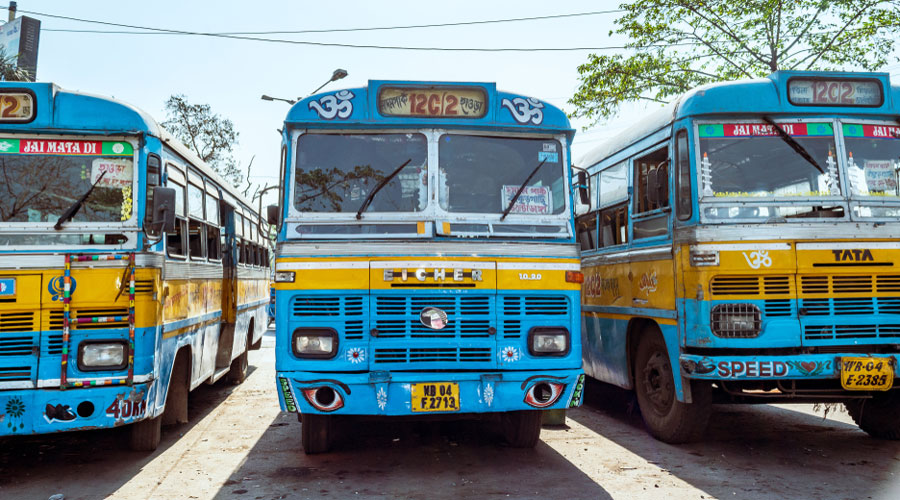 The state government has revised the rates of hiring buses, minibuses, cars, lorries and other vehicles for the Assembly elections in Bengal, adhering to the demand of transport operators.

The operators had threatened to withdraw their services unless the rates were revised.

The government on Tuesday raised the rates by 20 per cent compared to the rates during the 2019 Lok Sabha elections in the state.

“The revised rates will be applicable when payments are made for all vehicles that have been hired so far and those that will be engaged for the remaining phases of the polls in the state,” a senior transport department officer said.

Late on Tuesday afternoon, the transport department issued a letter to Bengal’s chief electoral officer (CEO) with details of the revised rates after the Election Commission of India cleared the state government’s proposal.

Metro had reported about the bus, minibus and lorry owners’ demand for a revision in rates, without which they had said it would be difficult to let out their vehicles for the polls.

In a letter to the CEO in March, the transport operators had also demanded that their dues from the 2019 Lok Sabha elections be cleared ahead of the Assembly polls.

According to the Union ministry of law and justice guidelines, the amount spent on transporting election material, including ballot boxes and EVMs, is treated as expenditure incurred for conducting elections.

“Close to 45,000 buses and two lakh lorries across the state are involved in the poll process,” said Pradip Narayan Bose of the West Bengal Bus and Minibus Owners Association. “This (the hike in rates) has been a legitimate demand of ours and we are thankful to the state government for accepting our demand.”

Several bus and minibus operators said they had expected a revision in the tiffin charge of the staff on duty as well. “The per day tiffin charge has remained unchanged at Rs 170. Is this amount enough for a bus staff? The state government could have revised this rate too,” said Tapan Bandyopadhyay of the Joint Council of Bus Syndicate.