Bengal polls 2021: Section 144 imposed within 200 meters of all polling stations in the city

The govt order restricts the movement of more than four persons in a group in Rashbehari, Ballygunge, Bhowanipore and Kolkata Port Assembly constituencies 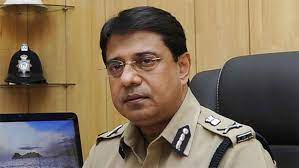 Section 144 of the CrPC has been imposed from 6.30pm on Saturday within 200 meters of all polling stations in the four Assembly constituencies in the city that will vote on Monday.

The government order issued by Calcutta police commissioner Soumen Mitra on Friday night restricts the movement of more than four persons in a group within the periphery of the polling stations in Rashbehari, Ballygunge, Bhowanipore and Kolkata Port Assembly constituencies for 48 hours before the elections end on Monday.

Section 144 of the CrPC is usually imposed at the polling stations only during the election hours. Several police officers said the restriction that was put in place 48-hours before the official time of the ending of the election on Monday was to prevent any pre-poll clashes and unrest in the pockets of the city that will vote.

“The firing incident that happened in Belgachhia on Friday was alarming. Monday’s polling would be very sensitive as voters living in the heart of the city would step out of their homes to cast their vote. The restrictions on gatherings from 48-hours before the election is to ensure peace and tranquillity in the neighbourhoods. People should not feel terrorised,” said a senior police officer in Lalbazar.

The commissioner’s order mentions restrictions on carrying stones, weapons, firecrackers and other explosive materials within the areas that are under section 144 of the CrPC.