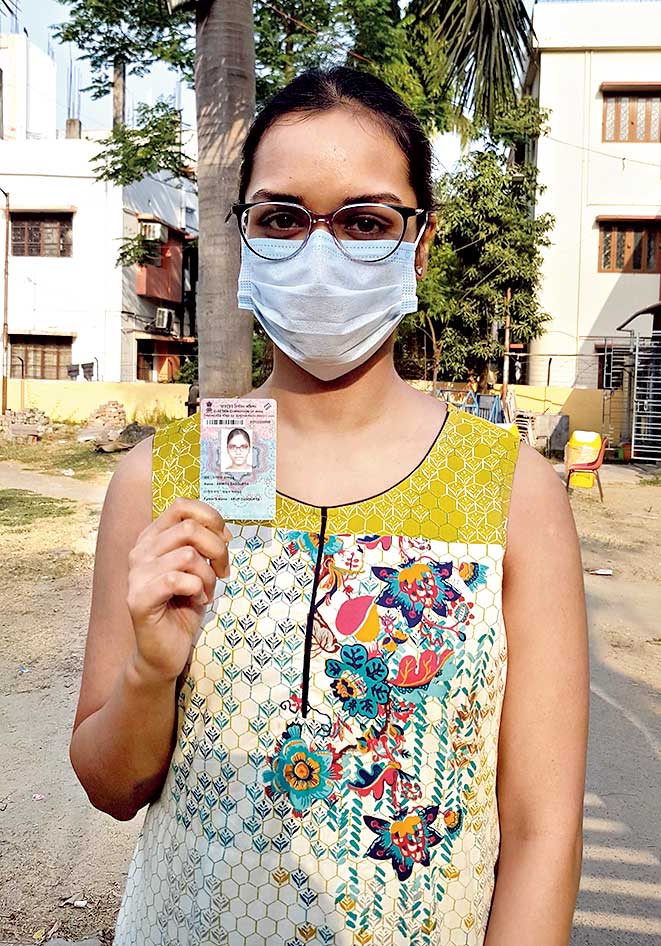 “I was so excited about voting that I announced to my parents I was going the first thing in the morning. They could come later when they had time,” said the student of masters in applied mathematics. “Voting gives power in our hands and it’s not just who we want to bring into power but about who we do not want to bring into power.” 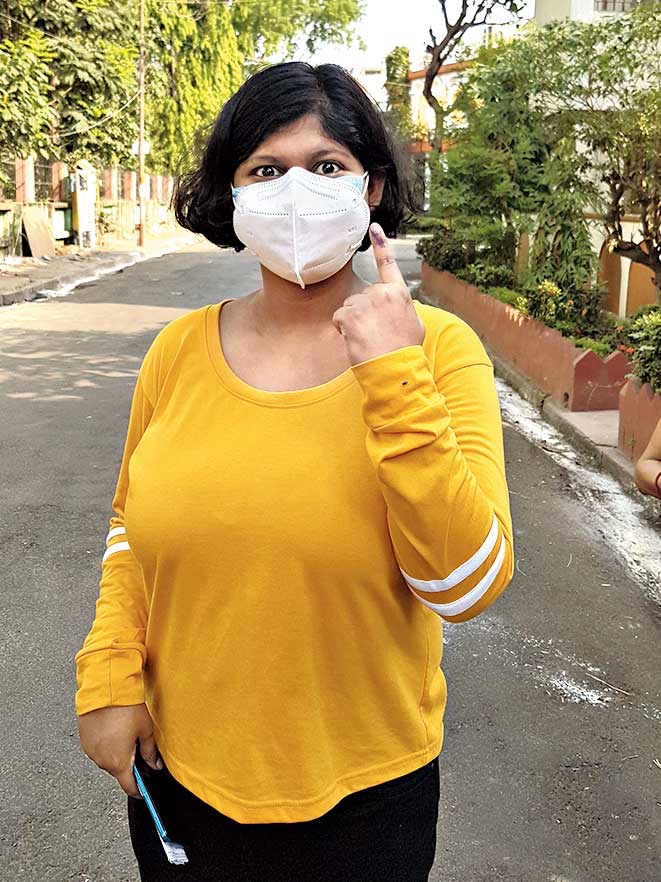 “I had done my homework and knew who I wanted to voted for,” said the 22-year-old, who is waiting for her MBA classes to begin. After voting she excitedly clicked selfies of herself with her inked finger. 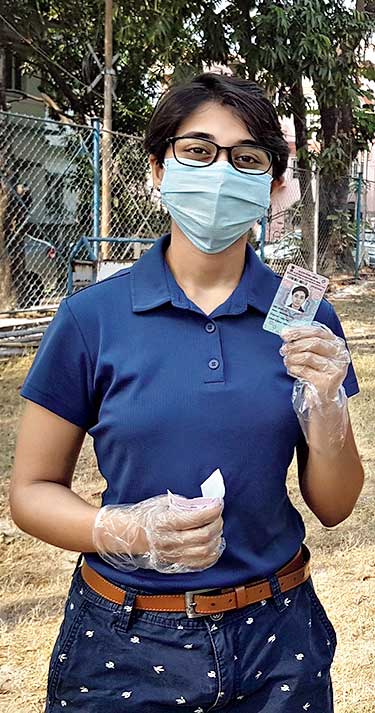 “I’m feeling slightly nervous as I’ll be voting for the first time but I want the new government to work on development projects and to improve overall infrastructure,” said the 19-year-old psychology student. Her parents had ensured she wore gloves to the booth, as a Covid protocol. 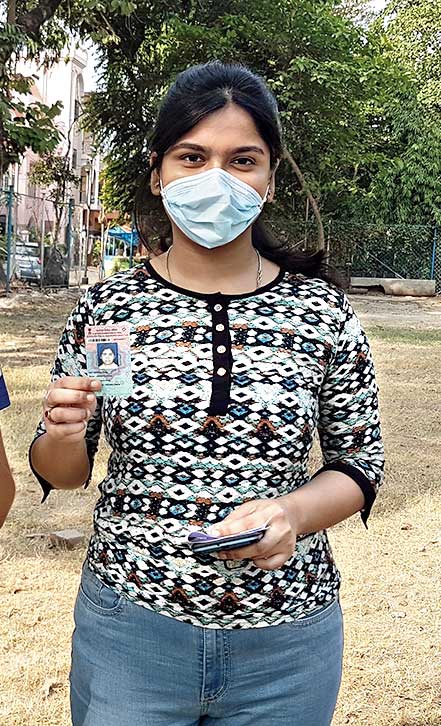 “I’m a political science student and have always been interested in the voting procedure. As a child I would ask my parents about it once they returned home from voting,” said the 19-year-old who was most excited about getting inked. 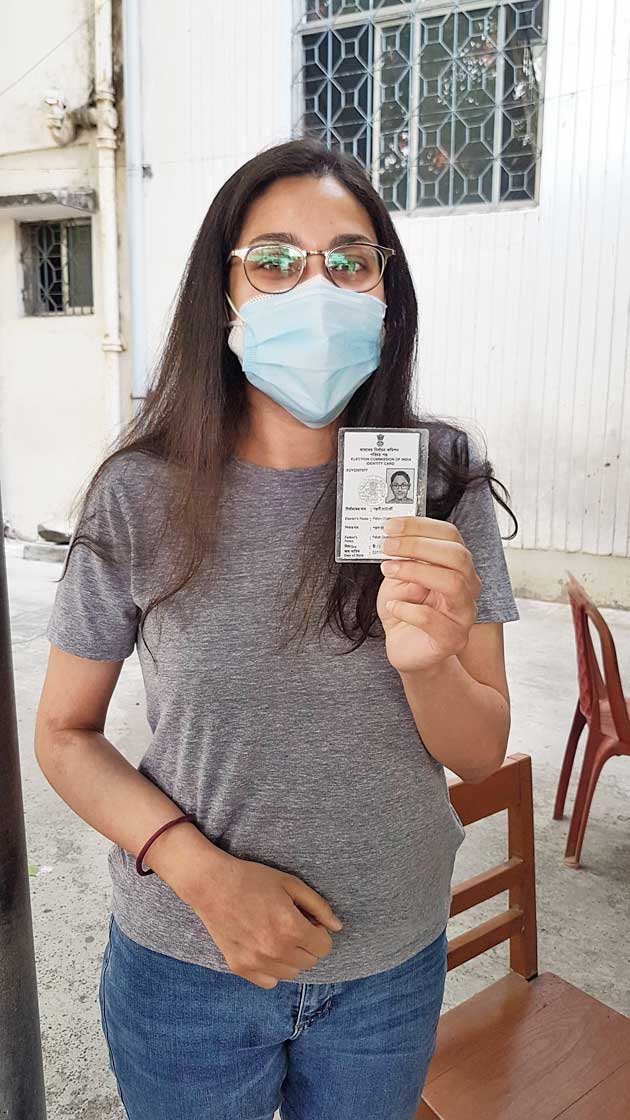 “Previously when my parents would go to the booth, I would follow election news on TV. This year I get to vote myself but I’m not sure who to vote for. Options are aplenty but is anyone worthy of my vote?” wondered the law student.  “I’m also concerned about the poor representation of youth and women in politics.” 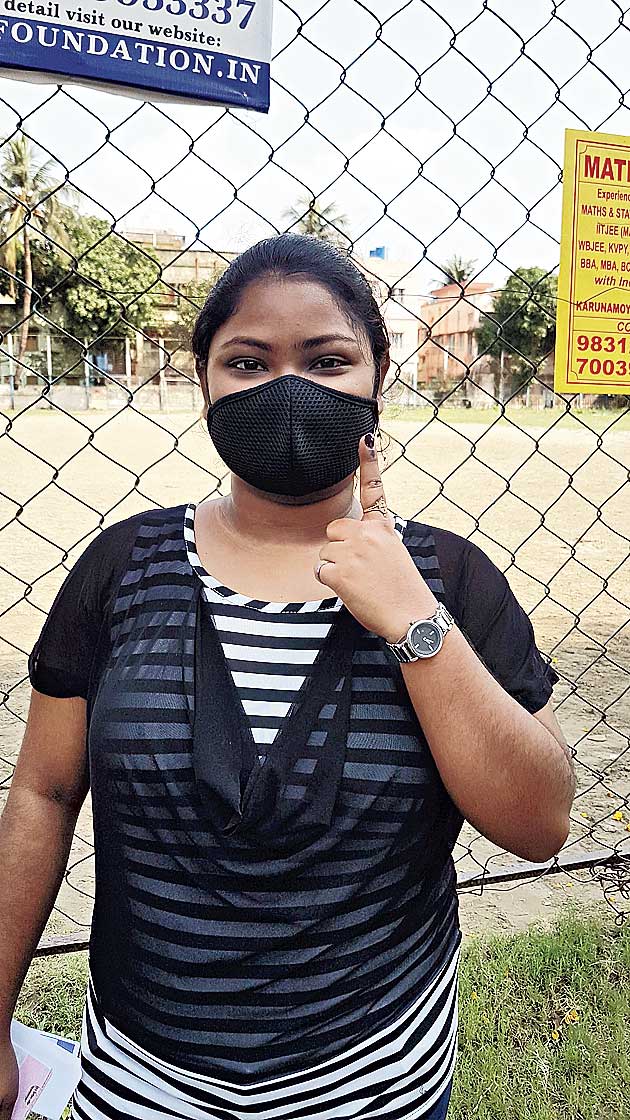 “This is my first vote so I’m not giving it much thought. I’ll just vote for whoever I like,” said the girl who wanted to upload a picture of her inked finger on social media. “I study B.Tech in Durgapur and so if it wasn’t for the pandemic, I would probably be in college now and would miss my chance to vote,” said the 20-year-old who had come with his elder brother. “I want the government in power to provide jobs.” 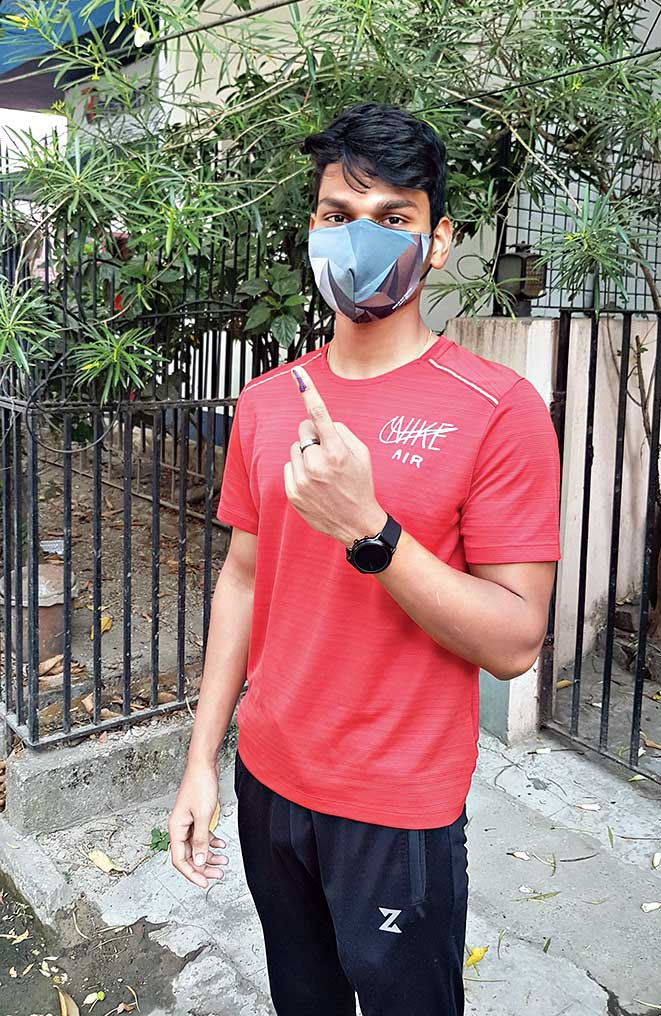 “I do not appreciate parties using religion for politics. I want peace and harmony in our state,” said the 18-year-old economics student.