Weather is likely to improve from Monday: Met office

The IMD issued a bulletin on Saturday afternoon, predicting “widespread rain” across Bengal under the influence of the cyclonic circulation 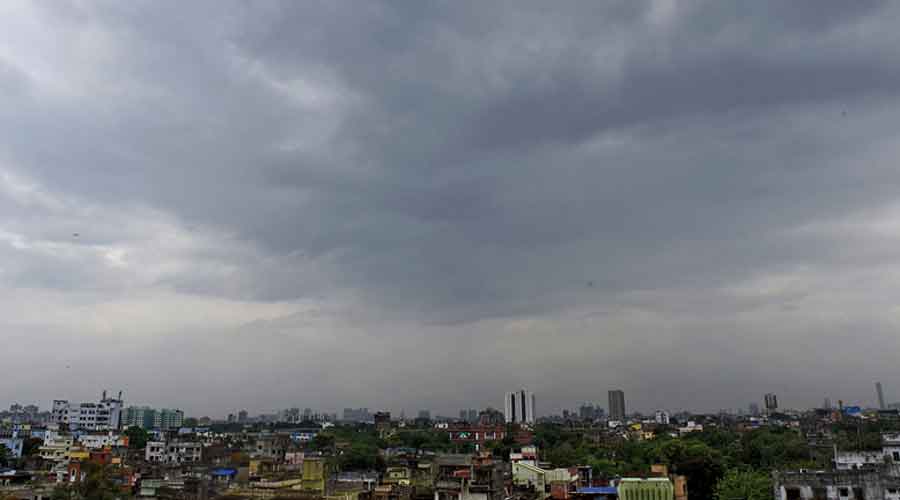 A cyclonic circulation over Bangladesh, which had led to heavy rain on Thursday night, has intensified and inched slightly closer to the city, said a Met official.
File photo
Our Special Correspondent   |   Calcutta   |   Published 20.06.21, 01:39 AM

The city saw another gloomy day accompanied by persistent showers on Saturday. The Met office did not rule out another spell of heavy rain on Sunday but said the weather was likely to improve from Monday.

On Saturday, the sun was mostly cloaked behind the cloud cover. The rain, mild in the first half, picked up some steam towards the evening.

Between Friday and Saturday evening, the Met office recorded around 15mm of rain in Alipore.

New Market got around 17mm, Cossipore 22mm and Dum Dum 13mm, according to figures from the pumping stations of the Calcutta Municipal Corporation.

A cyclonic circulation over Bangladesh, which had led to heavy rain on Thursday night, has intensified and inched slightly closer to the city, said a Met official.

“South and North 24-Parganas are under the periphery of the system, which has a diameter of above 250km,” said the official.

The other two factors — a trough of low pressure from Punjab to Northeast Bay of Bengal and significant moisture incursion from the Bay — that had been contributing to the showers are still active, he said.

“North and South 24-Parganas and Calcutta can still get a spell of heavy rain on Sunday. But the weather is likely to improve from Monday. The wet spell will not disappear overnight. But there will be sunny phases,” said G.K. Das, director, India Meteorological Department, Calcutta.

The IMD also issued a bulletin on Saturday afternoon, predicting “widespread rain” across Bengal under the influence of the circulation. East Midnapore, South and North 24-Parganas, Calcutta, Howrah and Hooghly were among the districts that might get another spell of heavy rain. “Weather likely to improve from June 21,” the bulletin said.

The circulation was likely to move towards the interiors of Bihar in the coming days, Das said.

The weather systems have consistently led to the formation of thick cumulonimbus clouds. Around forenoon on Saturday, only two-thirds of The 42, the giant residential building on Jawaharlal Nehru Road, was visible from the ground. The top portion was hidden by a blanket of clouds.

Two-wheeler riders were covered up in raincoats and cars had their lights turned on for most of the day.

The wet spell started with a spell of torrential rain from Wednesday night that continued into the early hours of Thursday. The city received around 100mm of rain in that one spell. According to the Met office, Calcutta received 353mm of rain from June 1 to 19, against the usual quota of 170mm, registering an over 100 per cent surplus.