Advertisement
Home / West-bengal / Calcutta / Why is Calcutta feeling so cold

Why is Calcutta feeling so cold 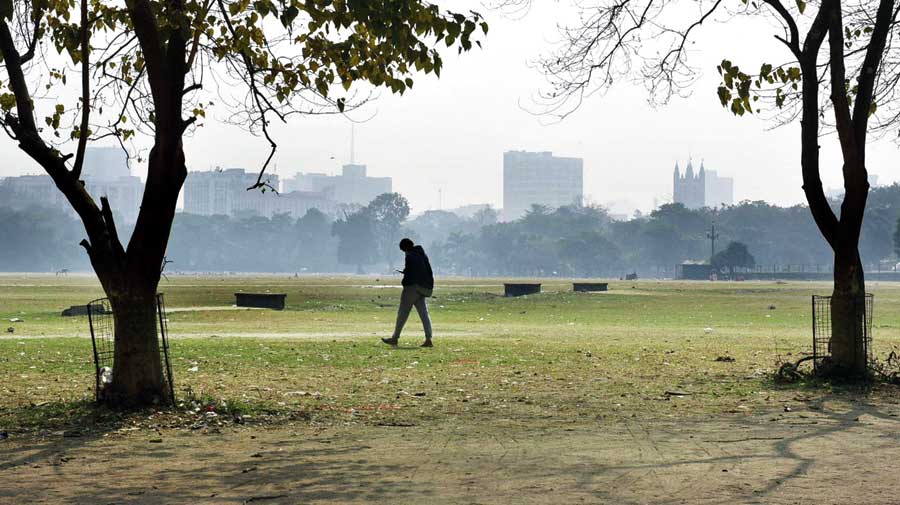 The unusual cold spell that has gripped Calcutta at a time winter should have been on its way out is largely because of the low day temperature.

The Met office attributed the biting chill to the day temperature’s yawning deviation from the usual for this time of the year.

A weather scientist explained the impact of the maximum temperature.

“If the maximum temperature is in the range of 27 degrees, chances are that the Celsius will remain above 20 degrees for the better part of the day, say from 9am to 7pm. But if the maximum temperature is around 22 degrees, the Celsius is likely to stay under 20 degrees for most of the day, barring perhaps three-four hours in the afternoon,” he said.

“The minimum temperature is usually recorded before sunrise. The effect is felt late into the night and the early hours. Morning walkers feel the bite of that chill to an extent. The maximum temperature is recorded around the time the sun is directly overhead and has an effect on the entire day,” said the Met official.

Monday was the coldest February day in over a decade and the second coldest this winter. The coldest day of this season was December 27, when the minimum temperature was 11.2 degrees. But February 1 felt much colder because of the difference in the day temperature on the two days.

“The north-westerly winds had not picked up pace as expected,” said the Met official.

But the chill is not going anywhere soon, according to the Met forecast. The minimum temperature is likely to be in the 12-13 degrees range over the next “two to three days”.

“There is a possibility of the formation of a trough of low pressure over central India. It could lead to cloud formation in south Bengal and trigger some rain. The system is also expected to halt the flow of the north-westerly winds and the Celsius in the city could go up a few notches,” said the Met official.

But a fresh round of snowfall is expected in Kashmir over the next few days. “The trough should dissipate in 24 hours, paving for the entry of a fresh round of cold winds from Kashmir that will again take the temperature down,” he added.