Call to realise essence of religion 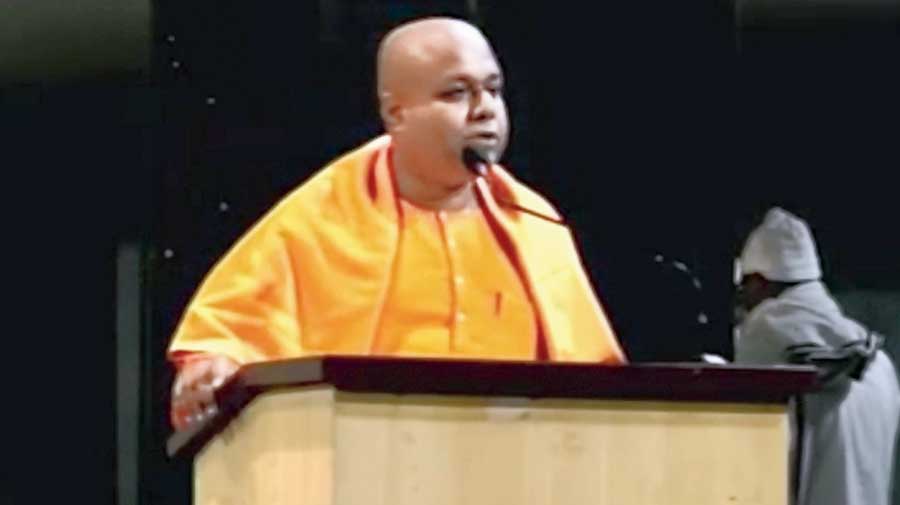 At NIT Durgapur, the institute’s director reminded students that Swami Vivekananda stood for humanism that “regards faith not as an amalgam of illogical beliefs but as an inherent quality of the soul; a reaffirmation of the concept of the unity of existence”.

At Ramakrishna Mission Vidyamandira, Belur, the vice-principal told the students: “It is immaterial that a person comes from which background, which family, which caste, creed or belonging to which religion. The essence is, by nature man is the son of immortal bliss and that is how Vivekananda defined religion.”

Vivekananda’s vision against illogical faith and religious dogma formed a key ingredient in the message to the students on the two campuses, separated by about 170km.

The NIT held its 16th convocation on Monday and director Anupam Basu in his address invoked Swami Vivekananda on his birth anniversary.

Basu said in his virtual address: “Swami Vivekananda cleaned religion of superstitions and put forth humanism at the frontal pedestal…. Swami Vivekananda’s humanism has a spiritual praxis. It regards faith not as an amalgam of illogical beliefs but as an inherent quality of the soul.”

The director, deans and members of the institute’s board of governors were seated on the dais inside an auditorium on the campus and the speech was live-streamed.

“What is religion? According to Swami Vivekananda, religion is the manifestation of the divinity already in man. We are becoming oblivious to this. What are we saying? We are saying this is my identity: I am a son of him or her, I have come from this background, I belong to this caste, creed or religion. But we have forgotten that man is the son of immortal bliss.”

He said: “It is immaterial….To be good and to do good, that is whole of religion. The heart of this monk would weep for everybody. Swami Vivekananda was that monk who could say that he did not believe in a god... who could not ensure food for the hungry.”

Director Basu said: “This day is also the day of martyrdom in 1934 of Mastarda Surya Sen of Chittagong Armory Raid fame…. As his pallbearer from posterity, especially the young graduates must vow to make India to be really free from hunger, corruption, exploitation.”