Authorities had geared up for around 100,000 passengers where aroud 20,000 turned up making their job easier 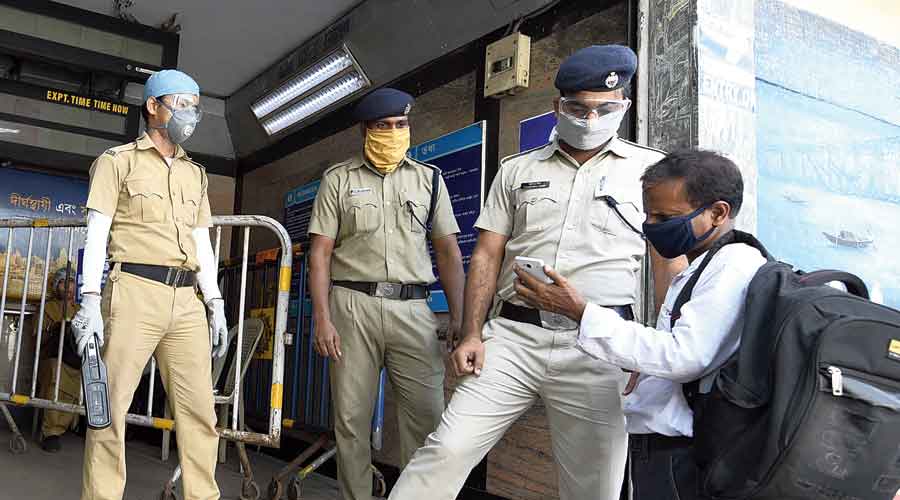 Around 20,000 people boarded Metro trains on Monday, when the carrier resumed services for all after 174 days.

The Metro authorities had geared up for around 100,000 passengers in the run-up to the resumption of commercial services in the wake of the Covid-19 pandemic. The actual number made their job easier and Day One went off reasonably smoothly.

The developer of the technology behind the e-pass — needed for access to Metro stations — had on Sunday told Metro that over 2,500 passes were booked in the first hour since the link’s launch at 8pm. 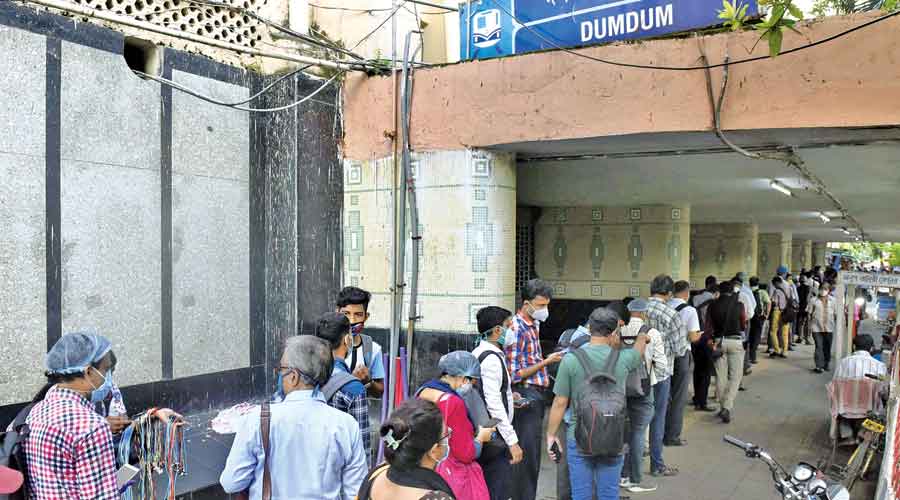 “Around 53,000 passes were booked for Monday. But many people did not turn up. It seems some booked passes to get familiar with the system,” said an official of the agency that has developed the system.

The number should go up in the coming days, said Metro officials.

Railway officials suggested that the need to book an e-pass put many people off. At Dum Dum, Tollygunge and some other stations, groups of passengers were seen seeking help from Metro personnel, cops and fellow passengers in booking e-passes.

The first trains left the terminal stations at 8am on Monday. Dum Dum saw a semblance of rush during the morning and Park Street in the evening. Otherwise, the volume of passengers was low throughout the day.

Around 6pm, Park Street had scores of passengers on both platforms and a New Garia-bound train was reasonably full when it left the station.

“I had to travel in crowded buses to reach my office. A crowded Metro is a better option than a crowded bus,” said Biswajit Sarkar, a Kasba resident who boarded a train from Kalighat. He was in for a surprise after entering the station.

The coach he boarded around 11.30am only had four other occupants.

The authorities had geared up for a maximum of 400 passengers on each train and 50 in each coach. But barring a few trains that left Dum Dum in the morning, most others did not even ferry half that number. 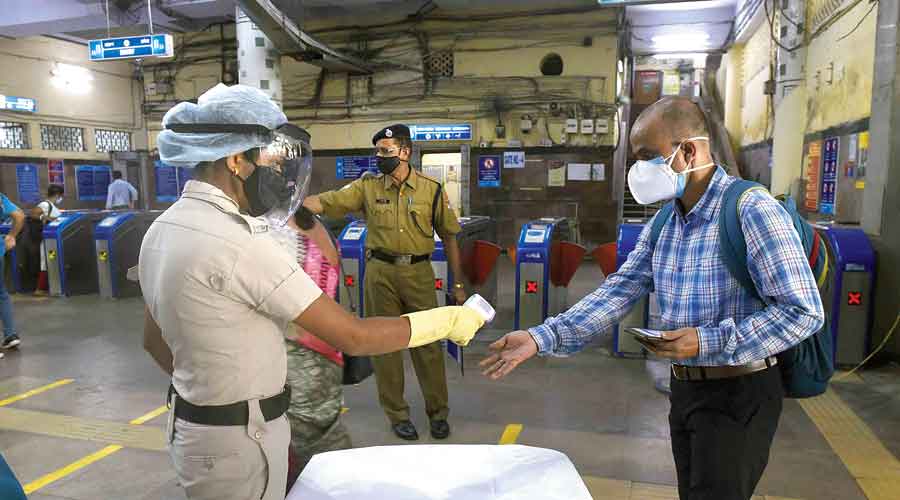 Only a couple of gates — one each for entry and exit — were opened for passengers at most stations. Police and RPF personnel guarded the gates, where every passenger was asked to show his or her colour-coded pass.

A limited number of ticket counters were open for passengers to recharge smart cards and buy new ones.

The interval between two trains was 10 and 15 minutes during different slots of the day.

In the East-West corridor, the passenger count was around 80, said the Metro spokesperson.