At least 17 men, including Jodder, have been killed in tiger attacks so far from April 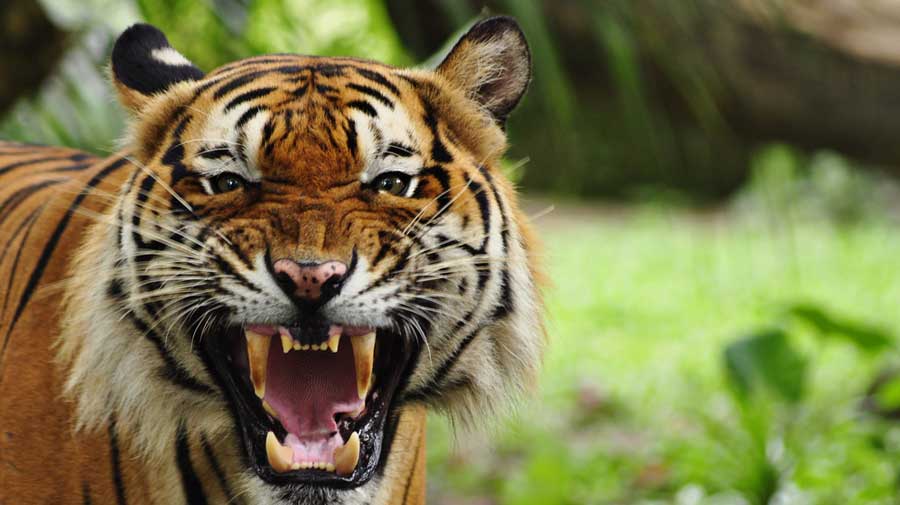 The animal dragged away Jodder before the other two could react. “He was dragged deep into the forest. His body is still to be recovered,” the official said.
Shutterstock
Snehal Sengupta   |   Calcutta   |   Published 06.10.20, 01:46 AM

A fisherman died on Friday when a tiger attacked him as he was pulling the nets fixed on the banks of a creek in the Jhila forest area.

Dinabandhu Jodder, 55, was attacked in the same forest in Gosaba, South 24-Parganas, where three men had been killed in tiger attacks in September, a forest official said.

At least 17 men, including Jodder, have been killed in tiger attacks so far from April, another forest official said.

Jodder was part of a three-member fishing team that had set out from the Satjhelia village, the official said. He and the others had moored their boat to the bank and were pulling the nets during low tide. The tiger struck as dusk fell, the official said.

The animal dragged away Jodder before the other two could react. “He was dragged deep into the forest. His body is still to be recovered,” the official said.

Thousands of people from the Sunderbans lost their jobs during the pandemic and returned to their villages from various cities to earn a living by farming or fishing.

But farms and ponds were flooded with saline water when Cyclone Amphan had struck in May, forcing them to depend on the forest for their earnings.

V.K. Yadav, the chief wildlife warden of Bengal, said forest officials had been engaging with villagers and asking them not to get off boats as “it is extremely risky”.

The forest department will review the licences so that boats found violating fishing rules and venturing into prohibited areas will have the licences cancelled.

“We have held meetings with all fishing associations and even village panchayats asking villagers not to get off boats. We have intensified patrolling in the areas,” Yadav said.

Tapas Das, the field director of the Sunderbans Tiger Reserve, said humans were easier to attack. “More so when someone gets off the boat…. We have asked village heads to ensure this is stopped.”

A tiger was spotted on Monday evening seated on a brick pathway in Baikanthapur village in the Kultali Block in Baruipur, South 24-Parganas.

Cops from Maipith coastal police station and forest officials have reached the area to ensure nobody gets close to the tiger, a forest official said.