Advertisement
Home / West-bengal / Calcutta / This Earth: Its axis is your conscience

This Earth: Its axis is your conscience 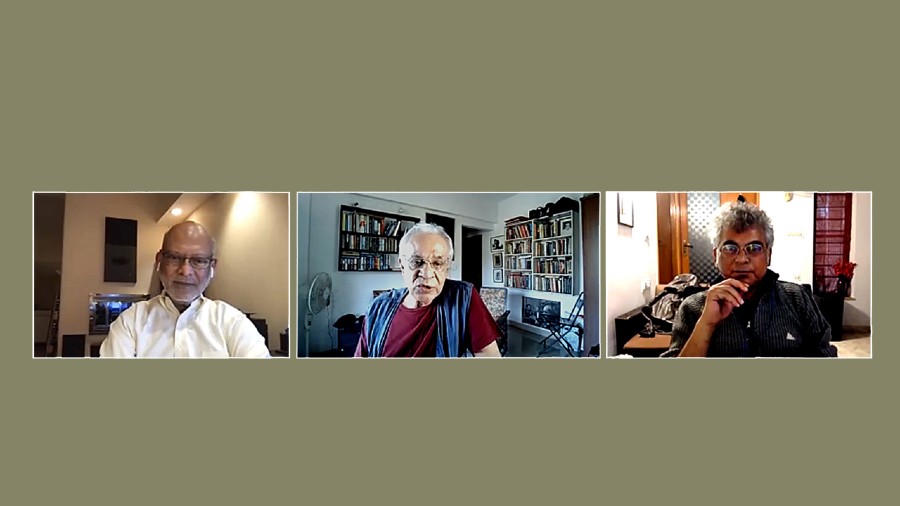 We are mistaken if we believe that human beings are destroying the earth; the planet will continue to spin and revolve irrespective of injury inflicted by human avarice. The last one year has proven that the living world is motioning us to listen, take note, rethink and rework our presence. It is from this deep sense of unease that Paribesher Sahaj Path, an Internet-based radio programme, was born in December 2020.

Paribesh means environment and sahaj path, the A-B-C or the basics. It is aired every Sunday on Radio Quarantine, a community station that was launched from Calcutta during the coronavirus-induced lockdown and Amphan ravages last year.

It is no coincidence that actor Dhritiman Chaterji, along with his friends Ronodeb Paul and Abeer Chakravarty — all “communications professionals” — pooled in their resources to start this. Paul is a filmmaker, while Chakravarty is the actor’s colleague from his advertising days. “All three of us had happened to read Amitava Ghosh’s The Great Derangement around the time we were hit by the double whammy last year,” Chaterji tells The Telegraph. “Essentially, we wanted to communicate three things — that occurrences such as super cyclones and pandemics are inter-connected; that they are not going to go away and are perhaps going to repeat with greater intensity; and that we, as individuals and communities, have to take responsibility and act now. We wanted to put all this across not in abstract or academic terms but in down-to-earth, intelligible ways that could motivate a general audience.”

As the name suggests, Paribesher Sahaj Path is in Bengali; the collaboration with Radio Quarantine needed the medium to be thus. “Which is not at all a problem... because of the Internet, a Bangla audience does not necessarily mean a Calcutta or Bengal audience; it is the diaspora all over the world,” says Chaterji, who anchors the programme.

The format is simple. Roughly an hour long, it features a detailed discussion with one person who has domain knowledge in the environmental sciences.

The manner of conversation is easy, informed and interesting. There is also a conscious effort by discussants not to lapse into English words or phrases. “If you listen to similar podcasts from Bangladesh — I have recently been part of one such programme — they don’t use English at all,” adds Chaterji.

The veteran actor sometimes thinks aloud, sometimes probes, and at other times voices layperson questions. The refrain: the devastating Amphan and the continuing coronavirus pandemic, are these two isolated events or are they linked in some functional manner? Also, the crisis of global warming, do these occurrences have any bearing on our political, economic, health and education systems? Are we, the human race, absolutely helpless or do we have some role to play to help the situation? 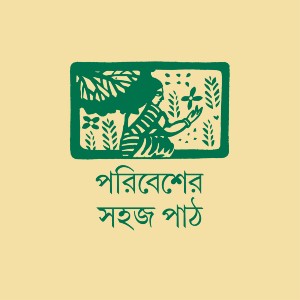 “It is said that the ocean, the cradle of the first life forms on earth, flows through our veins...,” muses Chaterji philosophically in one episode. Professor of oceanographic studies Sugata Hazra, a member of the 16th Indian Antarctic Expedition in 1996-97 who has had an opportunity to “shake hands with penguins”, goes on to explain why the danger of extinction by sea is real. “Because it has happened five times so far,” he says, “albeit before human beings came into existence”. Scientists have long been warning of a sixth extinction. “There are certain marine crabs, snails and worms that are found near the deep sea hydrothermal vents. These creatures can live in super heated seawater near 250 degree Celsius — impossible conditions for human life. This only means that the seas have started preparing for life forms that will survive should such extreme conditions become a reality,” says Hazra. Now that’s information that will turn the blood cold.

In another episode, historian Dipesh Chakrabarty talks about ancient civilisations, the virus-human cell connect and Wuhan, the epicentre of the coronavirus outbreak. The earth, he says, is indeed in the midst of a mass extinction of life. Studies estimate that about 150 species are dying every day. We also hear from the University of Chicago professor why monkeys have learnt to live in city spaces, happily too. And which bird has the largest population on earth. It’s the broiler chicken, by the way. Does that make one think hard? And this — the number of deaths due to air pollution in Bengal in 2019 was 13 times more than the number of Covid-19 deaths in 2020.

Poushali Maji, an MIT researcher, elaborates on the aspects of the air pollution problem, almost always explaining a “combination of factors”. So we get in a nutshell the big picture — the higher prevalence of mechanised farming in northern India, especially Punjab and Haryana, the Green Revolution of the 1960s and 1970s, why the average income of farmers in these two states is higher than elsewhere in the country, the Government of India’s procurement plan regarding rice and wheat, the farmers’ market risk in case of other crops such as pulses, and how a water conservation act passed in 2009 has adversely impacted air pollution via stubble burning.

Clarifications are sought, assumptions sounded out loud. Asks Chaterji, “Air pollution in cities is mainly due to vehicular emission, eta ki thik… is this correct?” Maji replies, “Among the sources of emission in cities, transport is significant. But if we look at the concentration of air pollutants, trans-boundary sources — biomass burning, brick kilns, coal power plants, etc. — play a much bigger role. In Delhi, for example, transport accounts for less than 5 per cent of the total pollutant concentration… Many may not believe it but the largest source of air pollution in India is biomass burning.” The podcasts are available on YouTube.

Some of the other experts who have shared their knowledge and understanding are Sujit Sinha, who teaches sustainable development, Gandhi and Tagore at Azim Premji University; the bicycle mayor of Calcutta, Satanjib Gupta; and wildlife photographer and conservation activist Hirak Nandi. It is a voluntary effort and there is a perennial need for volunteers.

Understanding the issues at hand may not shield us from the common fate of the grave, but the programme grants the listener illumination and compassion. “We are a small team and although we are stretching our resources to the utmost, we intend to go into other media, move forward as momentum gathers,” says Chaterji.