Among the exhibits are his belongings, including his books, and commemorative items such as stamps related to the 18th century reformist 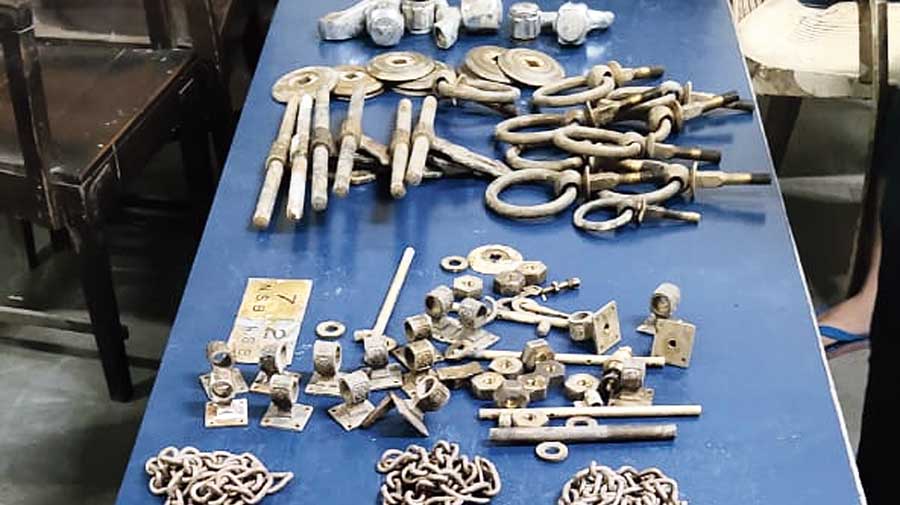 Several brass items were stolen from Raja Rammohan Roy Museum, on Acharya Prafulla Chandra Road in north Calcutta, allegedly when the caretaker was away in his hometown, police said.

A man identified as Sanjay Jaiswal, 53, a resident of Kailash Bose Street in north Calcutta, has been arrested for the theft. “The stolen items have been recovered from him,” said an officer.

A complaint lodged by the museum with Amherst Street police station on Saturday stated that 16 brass chains (used to secure display areas), seven brass decorative balls, six door handles made of brass, 18 brass handle-holders, 24 brass rings, five brass bolts and Rs 5,000 had been stolen from the museum when it was allegedly left unguarded from May 13 to 29.

“We launched a search for the accused as soon as the complaint was filed. It was apparent the thief had scaled the boundary wall of the museum compound,” said an officer of Amherst Street police station.

An officer said it was apparent that someone who lives close to the museum and knew that the caretaker of the museum had left for his hometown had committed the theft.

Among the exhibits are belongings of Raja Rammohan Roy, including his books, and commemorative items such as stamps related to the 18th century reformist.

The police said they were trying to ascertain if more people were involved in the theft.