Recognition of grit of students

Role of schools, guidance of teachers and support of parents 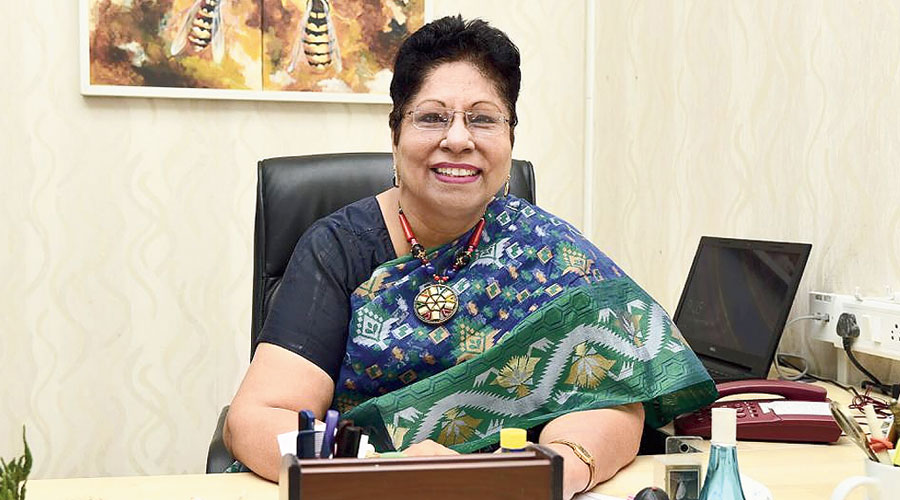 A list of the awardees at the IIHM presents The Telegraph School Awards for Excellence 2020, 25th Edition, in association with The Bhawanipur Education Society College

The Caring Minds Award for a ‘School that Cares’

Special mention (for handling the pandemic)

Calcutta Rescue: Distributed smartphones among slum children
Adamas World School: Provided a part of its Barasat campus to set up a quarantine centre

Antyodoy Ashram: Home to 78 children, orphans or children of single parents incapable of bringing them up Batighar Pathshala: School for 56 children, mostly from slums and footpaths

Moner Unmesh: A school for tribal children, mostly first-generation learners, in Garbeta, West Midnapore. The mud building of the school was damaged by Cyclone Fani (2019) and razed by Cyclone Amphan in May this year

The Sonika Chauhan Award for Courage

Soumili Hor: The Assembly of God Church School, Park Street (Died on September 17. Diagnosed with a degenerative neurological disease in Class VI, for which she struggled to move even with crutches. She attended school regularly despite her numerous health issues)

Adamas World School, that provided a part of its Barasat campus to set up a Covid quarantine centre

The IIHM Award for Excellence in Academics

ICSE and ISC: The Heritage School

The Tarinidas Roy and The Pratibha Roy Memorial Scholarship

The Bhawanipur Education Society College Award for an Educationist

Chhaya Biswas: She started at Loreto Day School Bowbazar in 1955 as a teacher, worked in several other schools and more than six decades later, she is still guiding students and this time in online mode.

Theo Baker. Now in her 90s, she was associated with many schools as a care-giver to underprivileged children.

Mukta Nain: The director of Birla High Schools has been in the field of education for more than three decades and believes in providing all-round education to students.

Nazirah Ganjee: The former teacher of La Martiniere for Girls, both “strict and soft”, has involved herself with various occasions like Founders’ Day, Sports Day and Children’s Day.

Grace Williams: The teacher at Loreto Convent Entally, also a social worker, has instilled the Loreto values in her students.

Rehana Sardar: A single mother of three children in a middle-class family, she took up a job after her husband abandoned them and is bringing up her daughters. One of the daughters, Mehdiya Binte Aftab, of Jewish Girls’ School, received The Dr Krishna Roy Scholarship.

Kalyan Adhya and Rupa Adhya: Rupa had to sell a kidney to make ends meet and pay for the treatment of son Acharya, who had a rare disease. Acharya received The Indu Basu & Pritish Chandra Basu Memorial Scholarship.

Abhijit Sarkar and Late Mandira Sarkar Chakraborty: The couple’s son, Arkodeep of St Luke's Day School, has scored 96 per cent in ISC. His mother, who passed away last year, played a significant role in guiding him in academics and music.

Dhruv Banka, of La Martiniere for Boys, scored 94 per cent in ISC. He is a debater and a cricketer, and his social work includes conducting food drives

Acharya Adhya, of Abhinav Bharati High School, has fought a disease in childhood, excelled in academics and also in rifle shooting and other sports.

The Adamas University Award for Outstanding Talent in Sports

Aronyak Ghosh, of South Point High School, an international master who has been playing chess since he was nine

The Anirban Sinha Award for Outstanding Talent in Music

The Telegraph School of The Year

We are very proud and privileged to be a part of The Telegraph School Awards for the past four years. I would like to congratulate the entire The Telegraph Education Foundation for providing support to students for the past 25 years and this is something that nobody has done. I also want to thank every teacher for their selfless service
towards educating children during the Covid-19 pandemic.

Stepping into 25 years is a huge thing for any programme and the fact that The Telegraph Education Foundation has been helping students all along is just amazing. The sheer number of students’ lives it has touched is incredible. We can only wish all the best and want this programme to grow even bigger and better.

Twenty-five years is a long time and over this time period some of us have doubled or tripled our chins. However, The Telegraph School Awards has grown in strength and we are grateful to those who stood by rock solid at our side.

The Telegraph School Awards has become extremely popular over the past 25 years not only in the city but all over the state and it is extremely heartening for us.

The programme that we had started 25 years ago has transformed the lives of many young children as it helped them pursue their educational endeavours despite their problems and we are grateful to all the individuals, corporates, schools as well as the teachers who have all made it possible for us.