The relevance of Vidyasagar

He wanted a melting pot of all cultures: JU VC Suranjan Das 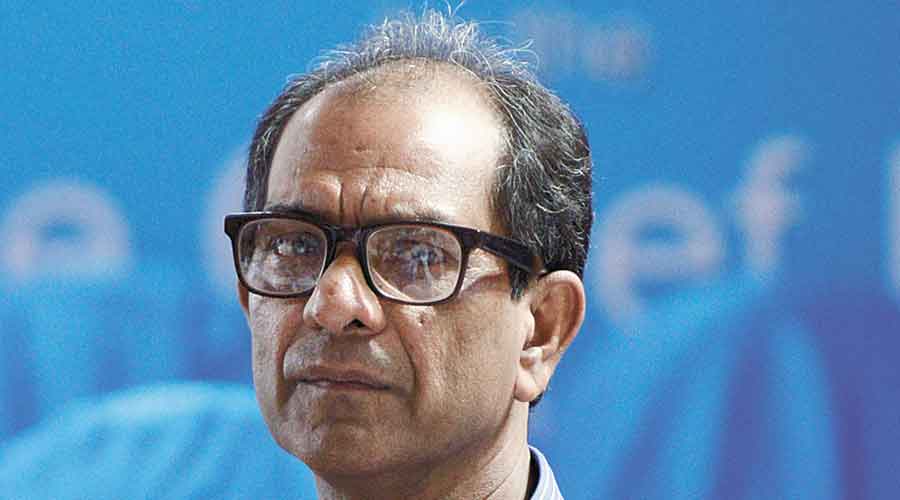 Vidyasagar did not want to build India based on religion; instead he wanted India to be the melting pot of all cultures, Suranjan Das, the vice-chancellor of Jadavpur University, said.

He has become relevant at a time when India is encountering the threat of “religious sectarianism and fundamentalism”, Das said while speaking on the relevance of the polymath at Vidyasagar Academy.

The education department had organised a programme at the academy to mark the bicentenary of Vidyasagar’s birth.

He reminded all that the university should always be a place for debate and deliberations as luminaries like Vidyasagar had envisaged and not a place for “indoctrination”.

“I want to talk about how Vidyasagar continues to be relevant in the context of today’s India. Vidyasagar symbolised modernity and he dreamt of India emerging as a modern state. His modernity had no connection with any religion,” Das said. “This element in Vidyasagar’s thought process is relevant for contemporary India when we are faced with the challenge of religious sectarianism and fundamentalism.

“The Indian culture does not represent one particular religion or cultural trait. It is an assimilation of various cultural traits; it is syncretic in nature. Surely, Vidyasagar was aware of this trait in Indian pluralistic cultural tradition when he sought to consciously detach the modernising process with any religious thinking.”

The year-long celebrations on the 200th birth anniversary of Pandit Iswar Chandra Vidyasagar had started days before May 14 last year when suspected BJP activists had barged into Vidyasagar College on Bidhan Sarani in north Calcutta while a rally led by BJP president Amit Shah was passing by and damaged the bust of Vidyasagar.

The event at Vidyasagar Academy on Badur Bagan —Vidyasagar’s residence in Calcutta, about a kilometre from the college — marked the culmination of the year-long celebrations.

Das was among the vice-chancellors present at the programme.

“We do not know if Vidyasagar subscribed to any religious belief. In none of Vidyasagar’s texts there is celebration of any particular religion. He was averse to the practice of any religious function in an educational institution. What Vidyasagar remained firmly committed to was humanism,” Das said.

Das — a historian who faced vandalism at Jadavpur University in September last year by suspected activists of the ABVP, the students’ wing of the RSS — said although Vidyasagar believed in modernity, his notion of modernity was not completely antagonistic towards tradition. “What he aspired for is to create a melting point for the best in tradition and the best in modern.”

Education minister Partha Chatterjee presided over the programme and referred to the vandalism at Vidyasagar College. He accused the BJP of decimating the rich values and tradition set by people like Vidyasagar and Tagore.

As academics discuss the National Education Policy, Vidyasagar’s relevance will come to their mind because he believed in liberal approach to education, which should be at the heart of any education policy, Das said.

“At the core of any higher education policy lies the notion of a university. Thinkers — from Immanuel Kant to John Henry Newman, Wilhelm von Humboldt to Rabindranath Tagore and Mahatma Gandhi — had distinguished the modern university from its medieval forerunners by envisaging for it an autonomous sphere in relation to the emerging nation-state. Universities are thus required to be ‘incubators of ideas and innovations’. This fits with the liberal approach in education that Vidyasagar believed in,” he said.

“In his time Vidyasagar proved himself to be an astute but a socially inclusive academic administrator and we need to fall back upon his notion of teaching-learning process to make the pursuit of higher education ‘as enlightenment’ and not ‘as indoctrination’, developing universities as sites for deliberations and debates where the community should be trained to learn, unlearn and relearn and develop themselves as inclusive global citizens.”

Education minister Partha Chatterjee presided over the programme and referred to the vandalism at Vidyasagar College. He accused the BJP of decimating the rich values and tradition set by people like Vidyasagar and Tagore.