Symbol of vigil against citizenship regime passes away 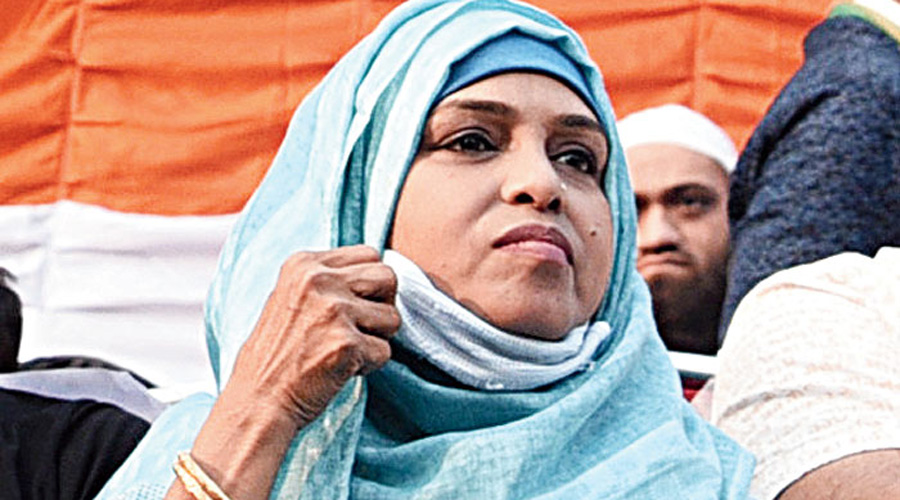 A woman who was instrumental in starting one of the longest vigils against the citizenship regime died on Monday.

Asmat Jamil, in her early 50s, was synonymous with the sit-in at Park Circus Maidan against the Citizenship Amendment Act, National Register of Citizens and the National Population Register. The vigil, the longest after Delhi’s Shaheen Bagh, was halted by the pandemic after completing 83 days.

Jamil was suffering from cancer, said family members and associates. She leaves behind her husband and two daughters.

On January 7 this year, a wheelchair-bound Jamil took part in a rally against the new farm laws and the citizenship thrust. “The pandemic has slowed, not stopped, us. I have not given up. There is a lot of fight left in me,” Jamil had told this correspondent that day.

On January 7 last year, a small group of women led by Jamil — mostly homemakers in and around Park Circus — started a 24X7 vigil against the citizenship thrust at the Park Circus Maidan.

Gradually, the demonstration went on to become the fulcrum of the massive protests against the citizenship regime in Calcutta, inspiring similar protests at several corners of the city. Students, artists and common citizenry from near and far, Park Circus Maidan drew visitors from all walks of life.

Jamil and her associates had kept the vigil apolitical till the end. Slogans of amity and communal harmony, rising from the makeshift stage, were audible at every nook and corner of Park Circus every day.

From the dadis of Shaheen Bagh to the great-grandson of Mahatma Gandhi, every visitor had hailed the women for the long-standing Calcutta campaign.