Support pours in for the Covid-hit 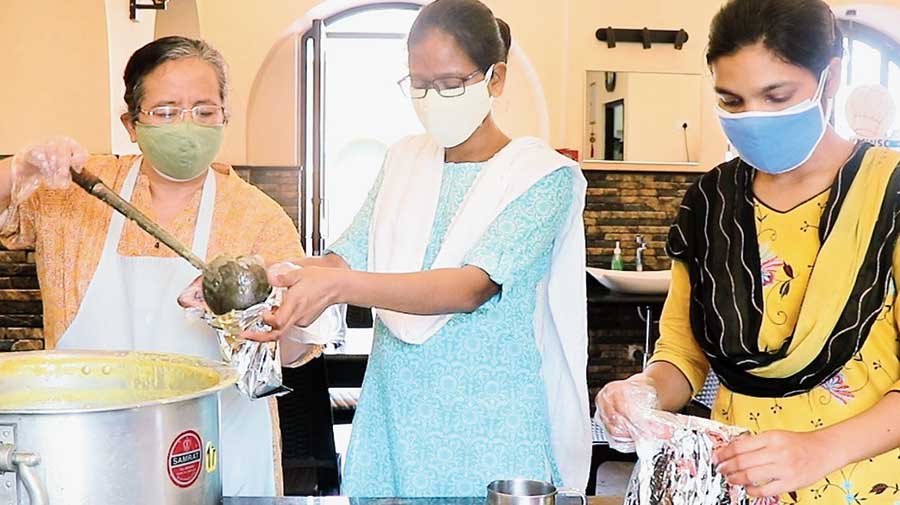 A supplier of stationery to schools whose business has been closed for more than a year visited an NGO in Entally and donated 50kg of potatoes and 25kg of rice.

A group of parents whose children have just started school donated rice, pulses, flour and edible oil to the NGO.

People from all walks of life have come forward to donate rations to Kolkata Mary Ward Social Centre (KMWSC), a wing of the Loreto Congregation in South Asia, after the NGO put up a post on social media.

In the post, KMWSC had sought help to provide lunch to 200 underprivileged people staying in a Covid safe home.

The initiative started this week and KMWSC has committed to providing lunch all seven days a week for the rest of this month and also in June.

“People are struggling in their own ways and not all of them have money to give but I am overwhelmed to see their thoughtfulness and help with raw materials that they could afford,” said Sister Monica Suchiang, the director of KMWSC.

Sister Suchiang said people — mostly unknown — were visiting the centre every day with bags and cartons containing various food items. She said the organisation had stocked up rations for a month.

One such donor is 37-year-old Suman Sankhanibhi, who used to supply stationery, trophies and certificates to schools. He donated 25kg of rice and 50kg of potatoes to the centre.

“The past year was really bad for my business. The second Covid wave has served another blow. The schools are showing no sign of opening. Despite the odds my family and I managed to survive. I felt I can spare a few thousands of rupees during this hour of crisis, when many are fighting hunger,” he said.

Some people have donated money to buy fish for a couple of days and promised to do more.

“People suffering from Covid-19 need wholesome food and there are so many people who have nothing to eat. They are isolated from home. Since we cannot help them medically, we decided to serve them lunch,” said Sister Suchiang.

Cooking for 200-odd people requires hours of hard labour. Work begins early in the morning so that the food is delivered on time.

An appeal on KMWSC’s social media page reads: “The wave of coronavirus is leading to the second pandemic ie hunger. Thus, this initiative is taken by KMWSC to support the needy Covid patients and their families who are suffering from the hunger crisis. Looking ahead to your generous support to make a difference in the lives of the Covid patients and families by donating and sponsoring towards food.”