Subways with escalators at the Rabindra Tirtha crossing 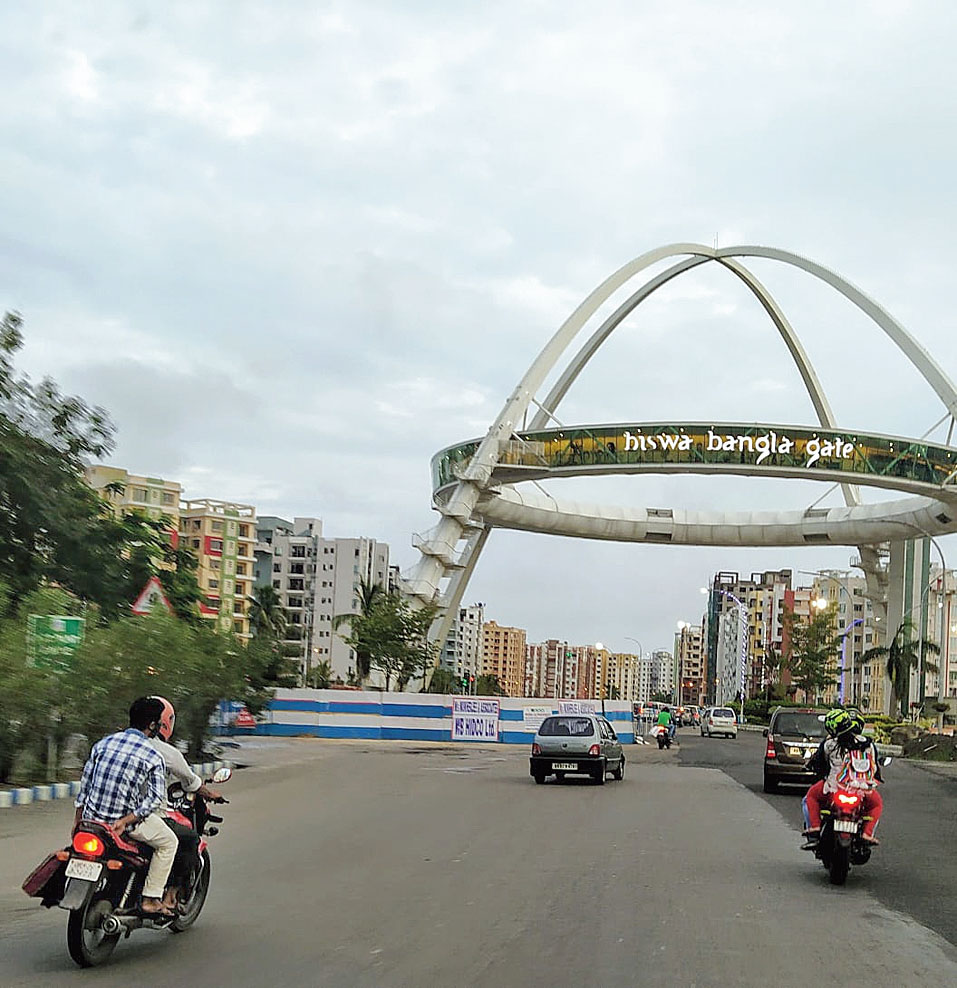 Subways with escalators are being built at the Rabindra Tirtha crossing below the Kolkata Gate in New Town to help pedestrians safely cross the 59m-wide six-lane Major Arterial Road.

The decision to build four subways at the crossing was taken following a proposal from the Bidhannagar commissionerate’s traffic department because of heavy traffic and pedestrian movement on the stretch.

“Hundreds of men and women working in IT offices cross the road near the Kolkata Gate on their way to work or home,” a traffic police officer said.

On Tuesday, many men and women were seen darting across the road as vehicles whizzed past them.

The subways with four entry/exit points will open up in four directions in line with the giant pillars that support the Kolkata Gate.

It is challenging for pedestrians to cross the Major Arterial Road that is 59m wide and has six lanes with a wide divider, the traffic police officer said.

The road leads to Unitech, one of the busiest office areas in New Town, and the airport and it sees a large volume of traffic at all times — both on the airport-bound flank and the Salt Lake-bound flank, the officer said.

“Although we have a signalling system in place and have deliberately kept the signal cycle long to help pedestrians cross the road, people often try to walk or run across the road while vehicles keep speeding past,” the officer said.

The subways will be built at a depth of around 7m. The decision to install two-way escalators was taken based on feedback of residents and keeping in mind the difficulty elderly people and others with mobility problems face while climbing up or going down a flight of stairs, a Hidco official said.

The township now has 10 subways, eight at the Akanksha crossing and one each near Nazrul Tirtha and in front of Gate No. 2 of Eco Park (the only one with an escalator but for climbing).

“This is the first time that we are going to install two-way escalators in subways in the township,” Debashis Sen, the chairman-cum-managing director of Hidco, said on Sunday. “The decision has been taken following requests from elderly residents.”

College students will be invited to spray colours on the walls of the subways and create graffiti, Sen said.

An officer of the Bidhannagar commissionerate said police had proposed more subways in New Town, including one in front of City Centre.

Hidco is planning to make space for temporary stalls that will sell magazines and coffee at the subway complex near the Akankha crossing.