The building, which is in a state of disrepair, has been damaged by earthquakes, to which the structure is particularly vulnerable 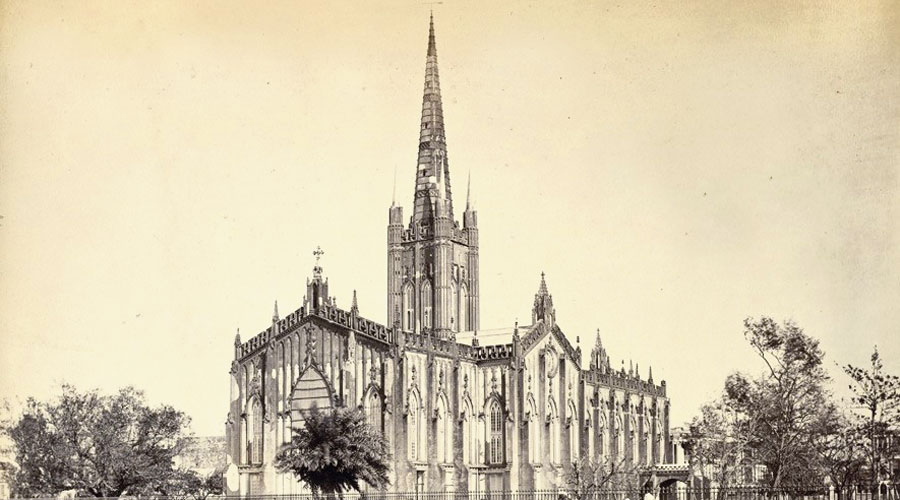 Restoration architects and engineers working on St Paul’s Cathedral are looking for an alabaster model of the cathedral that was built at Pisa in Italy.

References to the 5ft-long 2ft-high model have been found in different sources, including an 1848 journal, but a chase to locate it, through the British Library, Oxford University’s Bodleian Library and London, has so far yielded nothing.

The cathedral, which is in a state of disrepair, has been damaged by earthquakes, to which the structure is particularly vulnerable. It lost its steeple to a quake and it could not be rebuilt. Subsequent earthquakes have caused further damage and unless the cathedral is retrofitted it will not be able to withstand a jolt in the future, restoration architects have said.

“It would have been ideal to have the model as a reference point to plan any detailed restoration and retrofit,” said architect Partharanjan Das.

Das’s assistant, structural engineer Himadri Guha, came to know of the miniature of the cathedral from an old technical journal called Builder. Builder’s Volume 6 issue of March 25, 1848, Page 149 says: “In the Bodleian Library may be seen an alabaster model of the cathedral, executed in Italy, 5 feet long and 2 feet high; this was given to the University of Oxford by the Bishop.” 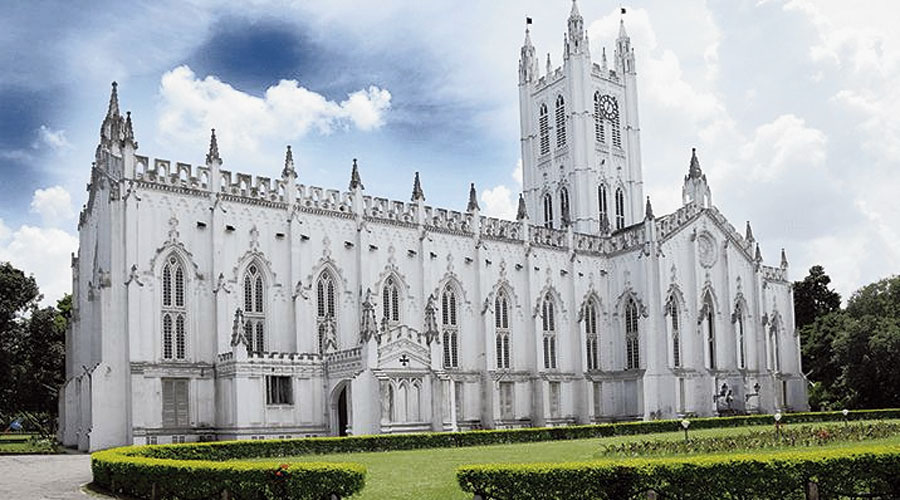 The cathedral without the steeple
File picture

The report says there were several difficulties in construction. One of them was the nature of the soil, something the tunnel diggers of the East West Metro project are having to contend with nearly 200 years later. Back then, one season was allowed for the work to settle before the roofs were put on; the settlement of the whole building during that period was 16 inches.

At the British Library, Guha chanced upon documents that refer to a request from Lord Curzon asking for the cathedral model to be displayed at Victoria Memorial Hall that was built on his initiative. A letter by Sir Anton Bart to Curzon reads: “I had not forgotten your request as to the model of Calcutta Cathedral…. I will send… your letter and get the matter brought before the Curators of Bodley at their next meeting.”

But Bart was apprehensive about dealing with the librarian at Bodleian “who is most tenacious of every picture, model, coin, book or leaflet literature, which can in any way be regarded as the property of Bodley, besides the curators and the Hebdomadal Council”, the executive body of Oxford University then, whose intervention would be necessary to authorise the transfer.

Curzon’s request was turned down. Oxford university was “unwilling that a gift made to and accepted by the university should be sent away”. At that point in 1905, the model was still at the library.

Guha approached Bodleian Library on the scent of the model. Oliver House, superintendent, special collections of Bodleian Libraries, emailed Guha in April 2019: “The model you refer to is no longer kept at Bodleian. Our published histories of the Library note that the alabaster model of the Cathedral of Calcutta was given by the Late Bishop Wilson in 1846. This beautiful model was executed at Pisa, it was exhibited in the Italian department at the Great Exhibition in 1861.

Guha visited the Bartlett School and spoke to the curator, who searched the college database but found nothing. If not in the database it could be “in scores of other places” or may even be lost in the London bombing, Guha was told.

The search for the model is now halted by the coronavirus pandemic. But even if it is found, rebuilding the steeple that was originally part of the design would be an uphill task.

Guha said if Bodleian could change its stand and give the model away to Bartlett, “our Victoria Memorial too has a claim over it?”

Speaking about the riches of Victoria Memorial, Curzon told a public gathering at Dalhousie Institute in 1901: “I remember when at Oxford seeing in the Bodleian Library a white marble model of the Calcutta cathedral according to the original and uncompleted design. But why should it repose at Oxford instead of Calcutta, I do not know.”