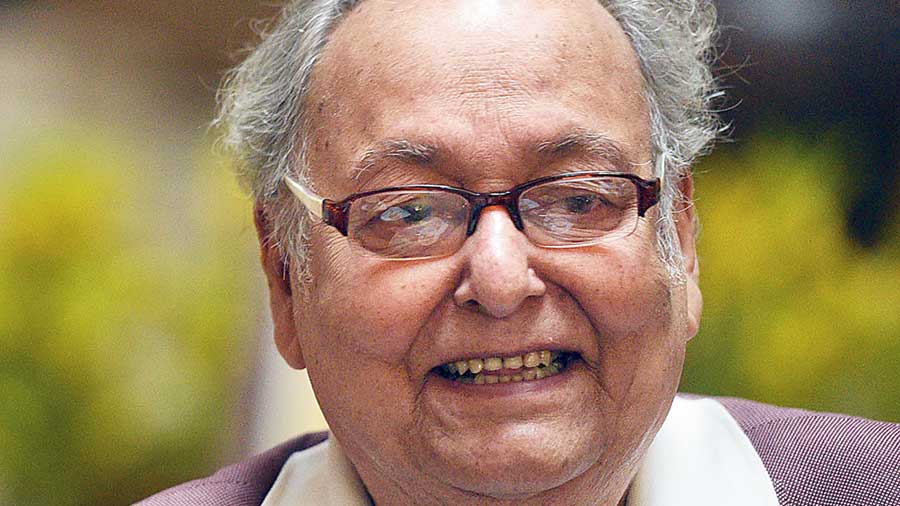 A YouTube channel on the occasion of Children’s Day released the first episode of an animated series of ‘Abol Tabol’ on Saturday, which was recited by Soumitra Chatterjee before he was admitted to the hospital.

A timeless creation of filmmaker and Oscar recipient Satyajit Ray and his father Sukumar Ray, the collection of 53 rhymes was first published in 1923. To date, the lines appeal to a huge spectrum of Bengali readers, regardless of their age.

"Soumitra Chattopadhyay had agreed to be part of the project once we approached him with our proposal during the nationwide lockdown,” the director of the YouTube channel said.

"We had goosebumps during the recording session, which was completed in two consecutive days. Watching Soumitra babu recite the rhymes with great enthusiasm was an amazing experience," Shiladitya Chaudhury, who released the first of the four episodes on the channel, added.

“The remaining three episodes will be released in the subsequent weeks,” Chaudhury said.

Speaking about the launch, Satyajit Ray’s son Sandip Ray, who is also a filmmaker, said, “It is an interesting project to bring the literary works of Sukumar Ray to the present generation through virtual media. I recall how much I loved the characters depicted by my late grandfather in 'Abol Tabol' in my childhood."