SOP ahead for hand sanitiser near Durga Puja pandal 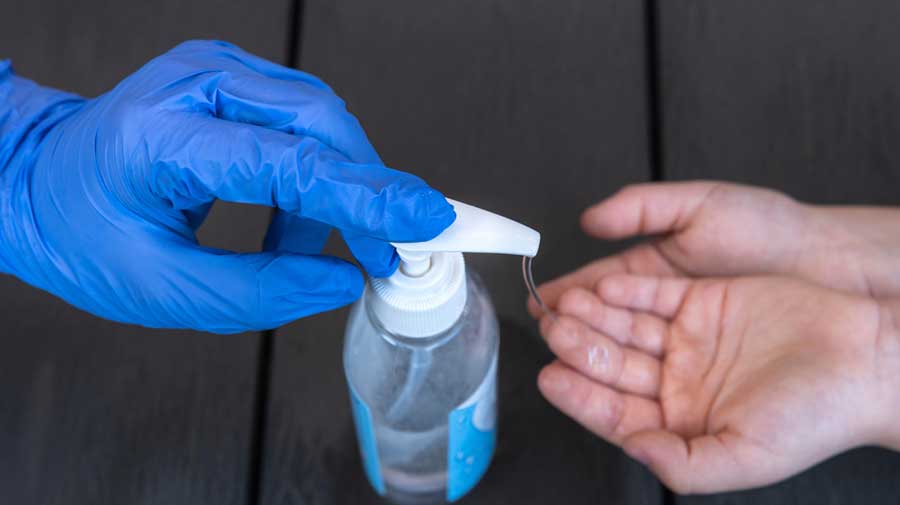 The matter was discussed during the Durga Puja coordination meeting between utility service providers at Lalbazar on Tuesday and it was decided that a handling protocol was necessary for sanitisers.
Shutterstock
Monalisa Chaudhuri   |   Lalbazar   |   Published 30.09.20, 01:47 AM

Hand sanitisers are highly inflammable because of the high alcohol content and can be a direct fire hazard when kept near puja pandals.

The matter was discussed during the Durga Puja coordination meeting between utility service providers at Lalbazar on Tuesday and it was decided that a handling protocol was necessary for sanitisers.

The state fire and emergency services department has decided to issue a detailed advisory on storing and handling hand sanitisers near puja pandals this year.

Representatives of the city police, the Calcutta Municipal Corporation, the PWD, the Calcutta Metropolitan Development Authority, the state fire and emergency services department and of the CESC were present at the meeting.

The most significant topic of discussion turned out to be storing and using hand sanitisers without causing any fire hazard to the pandal.

Jagmohan, the director-general (fire and emergency services), told Metro that the department had been instructed to prepare a standard operating procedure regarding the use and storage of hand sanitisers at puja pandals.

“We will include these points in the leaflets and advisories that are issued every year from the fire department,” he said.

During the Durga Puja coordination meeting at Netaji Indoor Stadium last week, chief minister Mamata Banerjee had asked all puja organisers to stock hand sanitisers and to give them to visitors to the pandals, at least half a kilometre away.

Several puja organisers said they were making arrangements for close to 50 litres of hand sanitisers a day during Durga Puja.

“According to the chief minister’s instructions, we will keep enough stock of hand sanitisers to offer to everyone who visits our pandal and masks to those without one. We will keep a separate booth for this around 300m from our pandal,” Manoj Shaw, a member of Mudiali Club, said.

Puja organisers should ensure the sanitiser stock is not kept in the vicinity of the pandal where lamps are lighted or where electrical circuits are aplenty, a fire department official said.