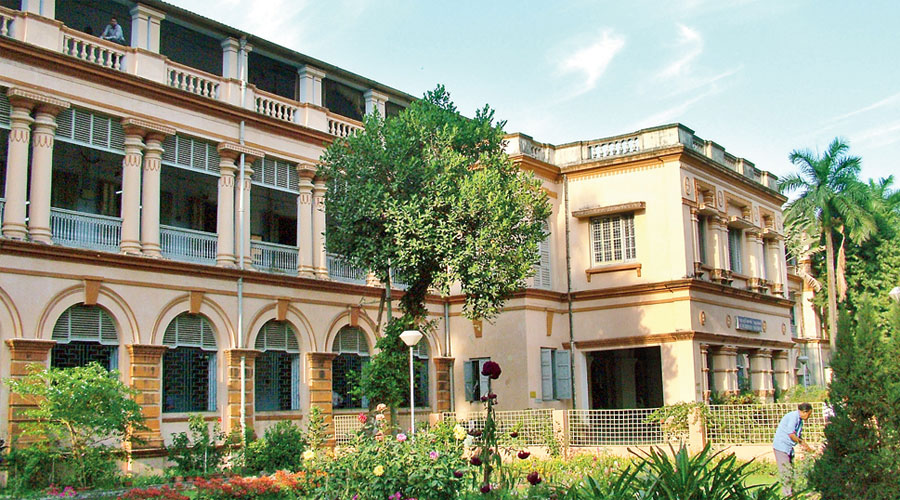 Jadavpur University will provide smartphones and high-speed data packs to 800-odd students so they can attend online classes, which are to start on September 14.

The university had carried out a survey among the students of engineering, science and arts faculty and the study revealed that as many as 800-odd students are in need of support, said a university official.

“We will distribute smartphones and high-speed data to the students who need them,” vice-chancellor Suranjan Das said. “A large number of students need a data pack. We have decided to raise a corpus. The teachers have been asked to contribute a day’s salary. The university will approach business houses for funds to buy the devices for the learners.”

JU has 600 teachers and around Rs 10 lakh can be raised if each donates a day’s salary, a teacher said.

Classes in non-contact mode, which will not require students to come to the campus, will start in September.

Vice-chancellor Suranjan Das had advised the teachers to come up with models on how classes can start. In response the teachers suggested that study materials — notes, soft copies of textbooks, powerpoint presentations, and audio and video lectures — be delivered to the students through email and WhatsApp.

A university official said some teachers had suggested creating a central repository on the university’s website, which would have a section where course materials would be uploaded.

“Since the central repository will fall short of adequate space for so many lectures and audio-visual presentation, it has been proposed that the lectures and study materials be also uploaded on YouTube. Students will be given a link to download the content from the platform,” said the official.

Partha Pratim Roy, an associate professor of physics at JU, said they had urged the VC to have an outreach approach so that students lacking basic connectivity were not left out of the classes.

Many students in JU are from the Sunderbans in South 24-Parganas, which suffered immense destruction after being hit by Cyclone Amphan on May 20.

“Those living in the Sunderbans had their roofs blown away by the May 20 cyclone. They are reeling under the twin blows of the storm and the pandemic. They cannot be expected to buy smartphones,” Roy said.