Both perpetrators have been booked for attempt to murder, rash and negligent driving and common intention and also under the Disaster Management Act 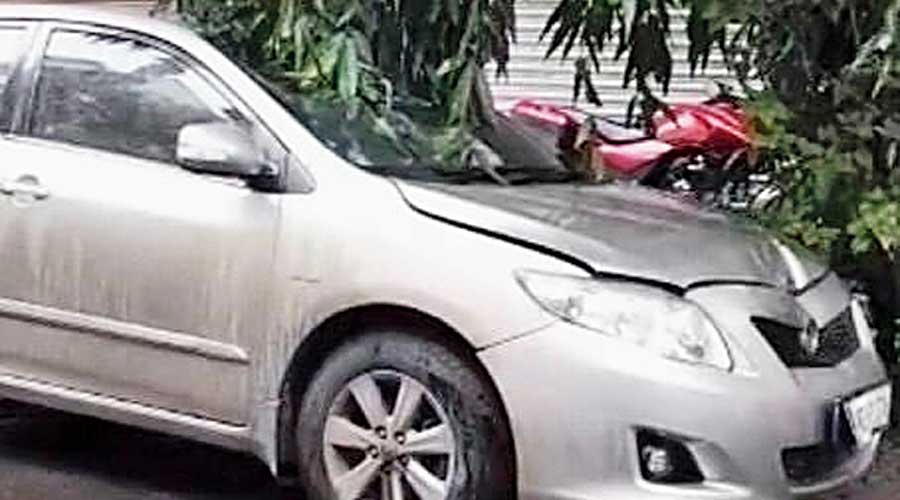 Two men, who were neither from an essential service nor in any emergency, allegedly jumped the lights at the Hudco crossing and in Kankurgachi and hit a traffic sergeant who tried to stop their car for violating the lockdown on Thursday morning.

Police said the two were driving down from Kolaghat. The vehicle fled Kankurgachi leaving the sergeant bleeding.

The police said he suffered a fracture in the shoulder.

Hours later, the car was tracked down to Parnasree in Behala. The two men - Akash Halder, 24, a resident of a highrise in Behala, and Titash Mitra, 33, from Basudevpur Road in Parnasree – were arrested.

A preliminary investigation suggests that the Toyota Corolla Altis belonged to Mitra but Halder was at the wheel when it knocked down the sergeant.

Both have been booked for attempt to murder, rash and negligent driving and common intention and also under the Disaster Management Act.

“Neither could give a reasonable explanation for violating the lockdown. They should have stopped at the first crossing. Instead, they tried to flee and when the message to stop this car was aired so that the vehicle could be intercepted at the next crossing, the vehicle sped past that cordon too,” said a senior police officer.

“Not stopping at one crossing could be a mistake, but repeating the same at the next crossing and physically hurting someone amounts to a serious offence,” the officer added.

Hundreds of policemen were on the roads on Thursday to enforce the lockdown. Friday, too, is a complete lockdown from 6am to 10pm.

Rain, the men in uniform and Covid scare managed to keep people indoors on Thursday.

Vehicles across the city were stopped to ask why they were outside.

At the Shyambazar crossing, around 2pm, a man driving a private car said he was on his way home after dropping a doctor at his workplace but could not produce any documents and was prosecuted.