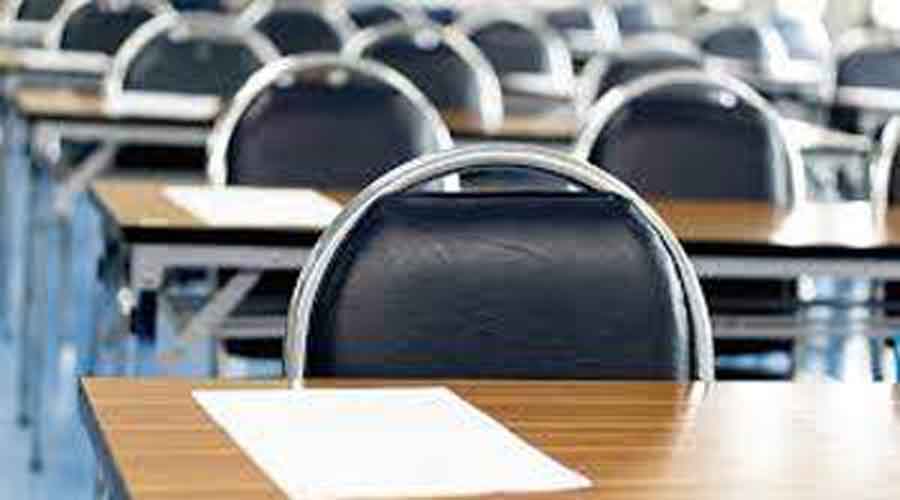 When the syllabus was curtailed in July, many students and teachers had complained that the reduction was not significant
Shutterstock
Mita Mukherjee, Jhinuk Mazumdar   |   Calcutta   |   Published 19.09.20, 02:36 AM

The Council for Indian School Certificate Examinations (CISCE) has curtailed the syllabuses for Classes X and XII students who will take their board exams next year after taking into account findings of a survey on the progress of online teaching.

The ICSE and ISC syllabuses were first reduced in July. The authorities decided on the second cut in view of the “significant loss” of teaching hours because of the closure of the schools forced by the Covid-19 pandemic.

“In view of the continuing pandemic situation and significant loss of instructional hours during this academic year, and based on the findings of the online survey conducted by the CISCE on the Status of Online Teaching and the Extent of Syllabus Covered in its affiliated schools, it has been decided to make further reduction in selected Syllabi at the ICSE and ISC levels for the Examination Year 2021 (i.e. for Classes X and XII),” a circular issued by the council reads.

When the syllabus was curtailed in July, many students and teachers had complained that the reduction was not significant.

As for the second reduction, some teachers called it “quite significant”. This time the authorities have dropped Act V of Shakespeare’s Merchant of Venice from the Class X English literature syllabus. Students appearing in the 2021 ICSE exams are required to study the play till Act IV.

In July, the council had only excluded one poem and one short story from the ICSE English literature syllabus. One more poem and short story have been left out this time, which means students will have to read eight poems and as many short stories.

The revised syllabuses have been posted on the CISCE portal.

The council has directed the schools to accept projects students have already completed on subjects that have been left out.

The council had last month asked its schools to provide information on the strategies and methods adopted by them to conduct online teaching and the extent of the curricula covered. The feedback from the schools were taken into consideration when the council decided to curtail the syllabuses for a second time, the principal of a Calcutta school said.

The council found that many schools, particularly in districts, had not taught the sections they are supposed to by September, the principal of another school said.