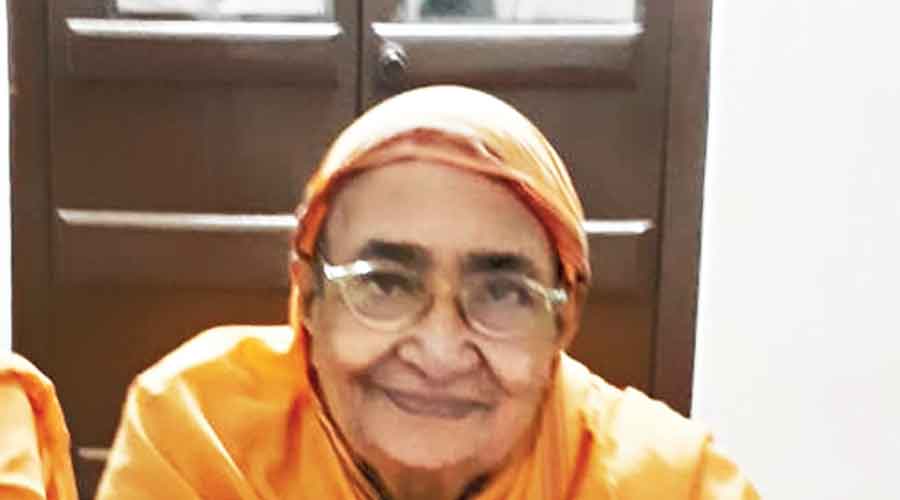 Pravrajika Vedantaprana (Sumitra), a senior sannyasini at Sri Sarada Math, Dakshineswar, passed away on Friday. She was 77.

She had been admitted to Ramakrishna Mission Sevapratishthan Hospital, where she breathed her last at 10.50am.

A disciple of Swami Vishuddhananda Maharaj, she had joined the order in 1966. She served at Sister Nivedita School, Vivekananda Vidyabhavan and the Ramakrishna Sarada Mission centre in New Delhi.

In 1987, she became the first editor of the “Nibodhata” — the Bengali journal of Sri Sarada Math.

The word “Nibodhata” means “learning about the self” and comes from a well-known verse of “Katha Upanishad”, which Swami Vivekananda used to often quote. Pravrajika Vedantaprana remained editor till her last breath.

A talented writer, speaker and an editor, she served the Sangha to her utmost capacity, not only in the literary field but also as an adept pujari and a tantradharak.

With her deep knowledge of Sanskrit and the shastras, she used to teach novices and brahmacharinis.

She also sang devotional songs, played the tabla and several other musical instruments and was an expert in the culinary art.