The imported machine costs around Rs 5 crore, said an official of the hospital 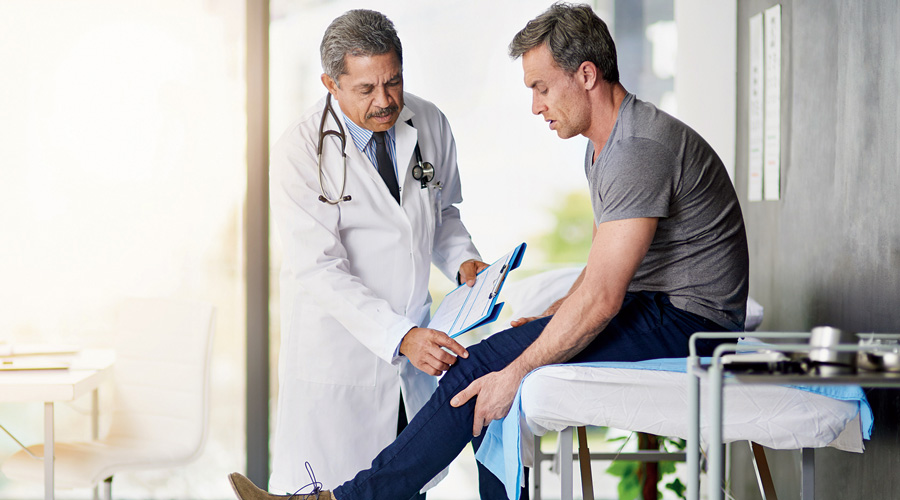 The surgeon, who has led close to 50 robot-assisted knee-replacement operations since January last year, spoke about the technology at a news conference on Saturday.
File picture
Our Special Correspondent   |   Calcutta   |   Published 01.03.21, 01:30 AM

A robotic arm has significantly reduced the margin of error in knee-replacement surgery, doctors at a city hospital said on Saturday.

In a traditional surgery, doctors remove the damaged surface of the knee joint and replace it with an implant made of metal and plastic. In a robotic knee replacement, surgeons build a virtual model of the patient’s knee. The model is fed into the robot, which is used by the surgeon to insert the implant with precision.

“In the standard knee-replacement surgery, the human eye of a surgeon can detect errors over three degrees. Deviations of three degrees and below go undetected. The robot has reduced that error margin to 0.5 degrees,” said Rakesh Rajput, director, department of orthopaedics, CMRI.

The surgeon, who has led close to 50 robot-assisted knee-replacement operations since January last year, spoke about the technology at a news conference on Saturday. Rajput reiterated that the robot only assisted the surgeon, who was still very much in control of the procedure.

“The arm allows a surgeon to place the implant with a greater degree of accuracy, preventing accidental damage of the surrounding tissues, a common problem in traditional knee-replacement surgeries,” he said.

Increased precision leads to a reduced rehabilitation period. The robot is imported and costs around Rs 5 crore, said an official of the hospital.

Prasanta Das, 55, was one of them. Das used to be a trekker and was dejected in the run-up to the surgery because he thought he had to let go of his passion permanently. “I was amazed that I could walk just two days after the surgery. I have not given up hope and want to go on a trek again,” said Das.