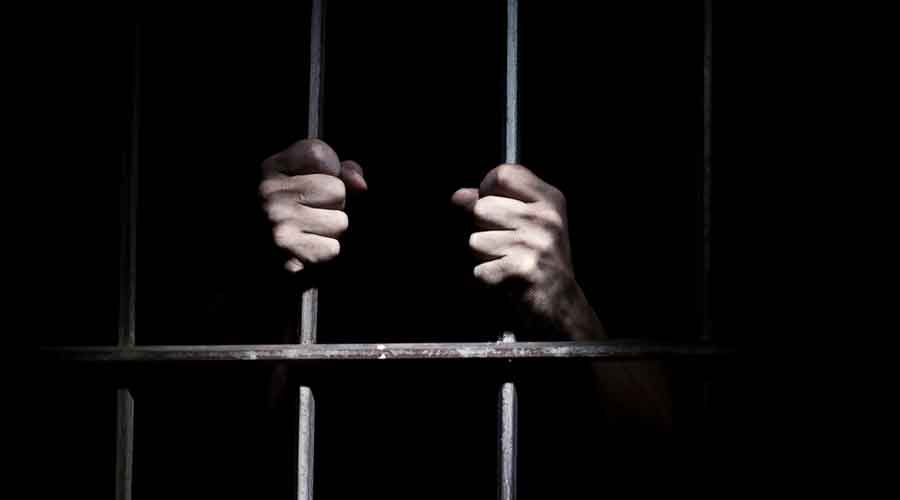 Around three-fourth of the states and Union Territories do not record prisoners’ gender beyond the male/female binary
Shutterstock
Debraj Mitra   |   Calcutta   |   Published 02.12.20, 03:26 AM

Two-hundred-and-fourteen transgender persons were lodged in prisons across India from May 2018 to April 2019.

Around three-fourth of the states and Union Territories do not record prisoners’ gender beyond the male/female binary.

A report on transgender persons lodged in Indian prisons, billed as the first of its kind, was released at a virtual programme on Friday.

The report — Lost Identity: Transgender Persons Inside Indian Prisons — also takes stock of compliance of prisons with existing legal framework to protect transgenders’ rights and makes a series of recommendations.

The Supreme Court, in its NALSA judgment on April 15, 2014, had for the first time recognised non-binary gender and upheld the fundamental rights of transgender persons in the country.

The findings of the report are based on RTI information from 28 states and six Union Territories (see chart). Between May 2018 and April 2019, a total of 214 transgender persons were incarcerated in jails across the country, said the report, prepared by the Commonwealth Human Rights Initiative (CHRI), a non-profit.

Bengal had seven transgender persons lodged in its jails during the period.

Only nine states recorded data of transgender inmates separately, not categorising them as male or female, according to the report.

“In some states, including Gujarat, Jharkhand, Kerala, Maharashtra, New Delhi, Rajasthan, Tripura, Uttar Pradesh and Bengal, there existed a lack of uniformity in recording of data by jails within the state,” a representative of the CHRI told Metro.

An official in the Bengal correctional services department said on paper, there was no provision of categorising inmates as a third gender. “The correctional homes do not have separate wards for transgender persons. But when an inmate is brought to a jail after court production, the person is assigned an isolated ward carved out of the existing wards if he or she wants,” the official said.

“We will see the report and do the needful,” said Piyush Pandey, additional director general, correctional services.

The report also highlighted the lack of awareness among prisoners on the recognition of transgender persons as a legal identity.

The report was launched by Justice Madan B. Lokur, a former Supreme Court Judge. He stressed the need for training and awareness — of prison staff, lawyers and police — on the issue. “The police, the judiciary, institutions dealing with civil servants... need to get together to deal with issues facing transgender persons," he said.

Justice Lokur underlined that India was a welfare state. “A welfare state cannot say that we cannot give certain facilities to some people. Answers to questions about the problems transgender persons face can come only through adequate training, awareness and recruitment,” he said.

“I do not think that the judiciary has completed its task. We need to look at transgender persons in the criminal justice system as a whole,” said Justice S. Muralidhar of Punjab and Haryana High Court, one of the participants in a panel discussion that followed the launch.

“The government of India, in consultation with relevant government agencies and civil society organisations, must formulate a model policy towards making prison processes more inclusive so that the special needs of transgender persons are taken into account,” said Madhurima Dhanuka, programme head, prisons reforms at the CHRI.

Some of the key findings of the report, based on RTI answers from 28 states and six Union Territories

⚫Between May 2018 and April 2019, a total of 214 transgender persons were incarcerated in jails across the country

⚫Only nine states recorded data of transgender inmates separately, not male or female

⚫On the procedure for placement of transgender persons in gendered prisons, non-uniformity in policy was observed not only across states but across jails within the same state

⚫No awareness programmes among prisoners were conducted since 2014, apart from the state of Karnataka, on the recognition of transgender persons as a legal identity

⚫None of the prisons reported the inclusion of any course/module in the training curriculum which focused on the aspect of awareness and  sensitisation regarding the rights of LGBTI+communities.

However, Karnataka, in its response, did mention that a training class wasconducted in the prison training institute regarding the Transgender Persons (Protection of Rights) Bill, 2019