A 41m-long deck slab of the flyover under construction had collapsed on March 31, 2016, killing 26 people 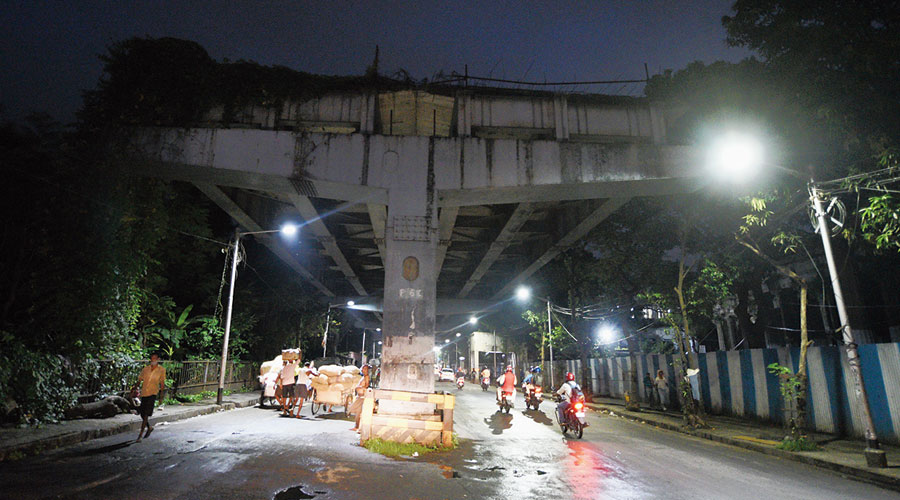 A committee appointed to decide the fate of the Vivekananda Road flyover has recommended its demolition, government officials said on Tuesday.

V.K. Raina, a bridge engineer and the external expert on the committee, made a presentation at Nabanna on Saturday in the presence of some senior officials.

A 41m-long deck slab of the flyover under construction had collapsed on March 31, 2016, killing 26 people. The structure has since remained untouched as the government could not decide whether to build the rest of the flyover or pull down the entire structure.

Poor materials used in the construction, faulty design and some “very sharp” bends were among the factors cited while recommending the flyover’s demolition, an official who was at Saturday’s meeting said.

The government had consulted Raina for the Tallah bridge and followed his recommendation and pulled it down. He was appointed to the committee earlier this month to look into the Vivekananda Road flyover.

“The committee has submitted its report. While giving the presentation, Raina said retrofitting was not possible. The flyover has to be pulled down… there has to be a new design and a new flyover if the government wants a flyover there,” a government official said.

Besides Raina, engineers from the public works department and the Calcutta Metropolitan Development Authority are part of the committee. “It is a difficult situation. It will be unsafe to keep the flyover. At the same time, its demolition will be very difficult… the job has to be executed with extreme care,” a committee member said.

A portion of Vivekananda Road, Kali Krishna Tagore Street and Strand Road, all of which are under the flyover, criss-cross the wholesale markets of Posta where loading and unloading of goods from trucks continue throughout the day.

A bridge engineer working for a private infrastructure company said the design meant the size and thickness of steel plates being used, the nature and position of welding two plates, and the strength of the bolts used in joining the plates among others.

All of these are decided based on rigorous mathematics, which was not followed in case of this flyover, the engineer, who was part of a team inspecting the flyover, said.

“I have done my job and submitted the report. Now it is up to the government to take the final call. The committee members have signed the report and it has been handed over to senior government officials,” Raina told Metro on Tuesday.

“It is a short report of 15-20 pages but it has an attachment of 200 pages where I have done mathematical analysis in support of my recommendation.”

Unstable parts of Vivekananda Road flyover to be razed

Tallah and Majerhat bridges get new life at 58