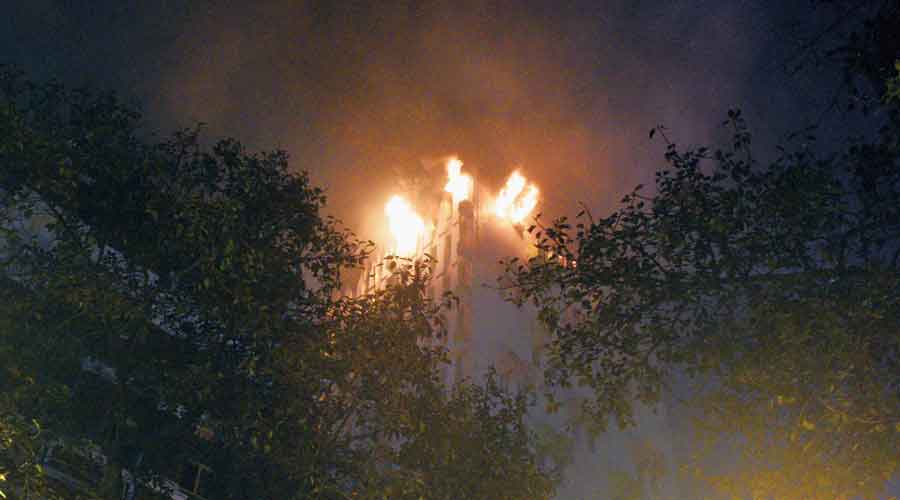 Online ticket booking for railways travel had shut down across east and northeast India from Monday evening after the fire broke out in the New Koilaghat building where servers of the electronic booking system are installed.

The online booking stopped as electric supply to the 14-storey building was cut off to prevent further spread of the flames.

The fire broke out on the 13th floor of the building and spread to the floor immediately below. The servers are located on the second and third floors of the building. 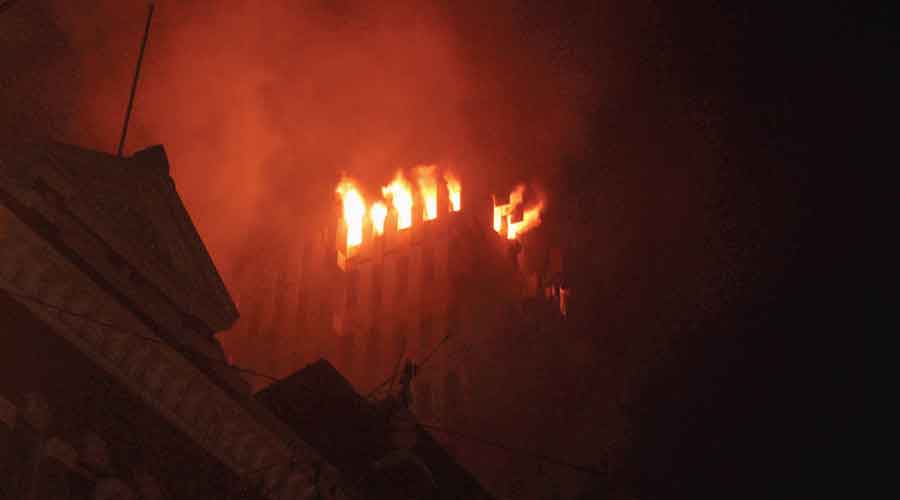 Flames leap out of the windows of the building.
Pradip Sanyal

An official of the Eastern Railway said that they had cut off power supply in the building from around 6pm. But the silver lining was that till late on Monday there was no damage to the servers and the fire had not spread to the rooms where the servers are installed.

The official, however, could not give a time by which the online booking could resume. Whenever the booking begins, the speed could be very slow, the official warned.

According to officials of the Eastern Railways, the signal and telecom department construction office on the 13th floor had caught fire that later spread across the floor and to the floor below. 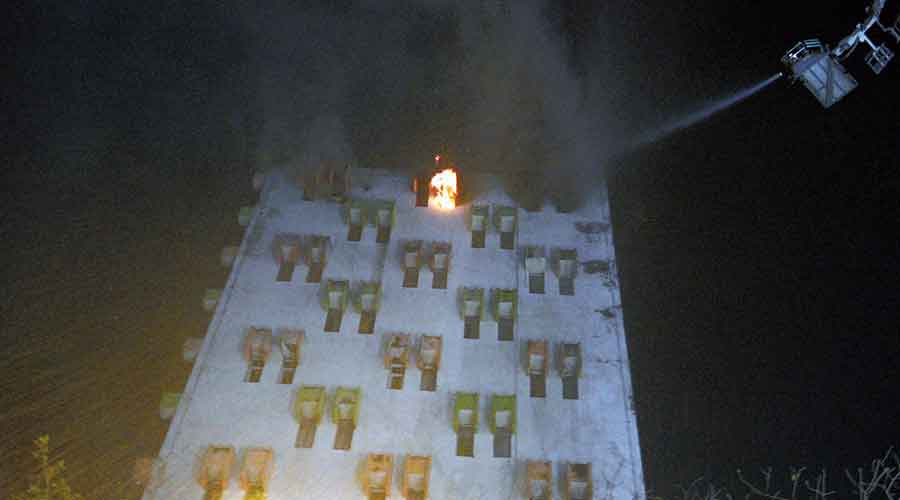 A hydraulic ladder being used to douse the fire.
Pradip Sanyal

“The power supply to the building had been stopped on advice from the fire brigade. There has been no damage to the servers but it is difficult to say when the online ticket booking will resume again. The fire fighting operations are still underway,” said Kamal Deo Das, the spokesperson for Eastern Railway.

Another official said once they get access inside the building, they would try to work out ways so that online booking can be resumed.

“We have servers of the railways in Secunderabad also. We will see if something can be done to resume booking using those servers,” said the official.

“Booking could not be done for trains originating from all the seven northeastern states, West Bengal, Bihar, Jharkhand and Odisha.

The servers in the New Koilaghat building are used to book tickets for trains originating from these places,” said an official. 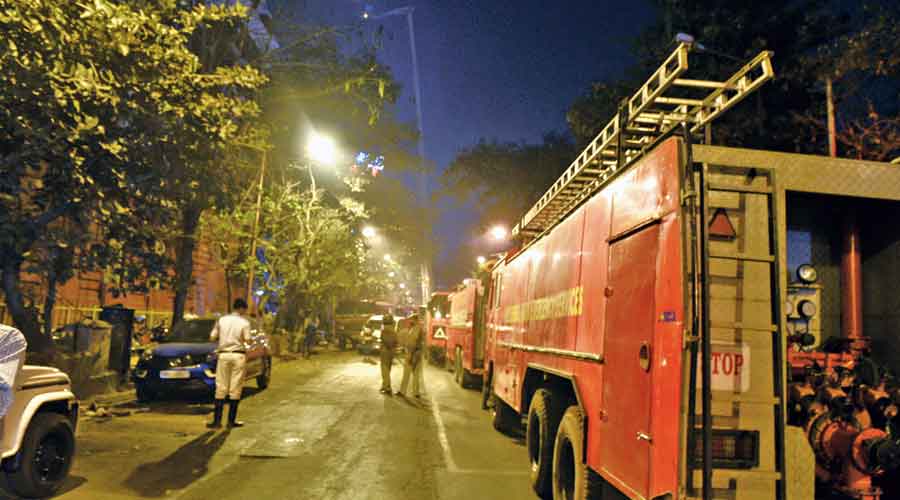 The Indian Railways Catering and Tourism Corporation (IRCTC), through whose website online tickets are purchased, tweeted at 10.26pm on Monday: “Kolkata node of PRS is down due to technical reasons. Booking and cancellation for trains originating on Kolkata node is not available at present. Services will be restored soon.”

A large number of Indians travelling with reserved tickets in trains book their tickets online. A railways official said that between 75 and 80 per cent of reserved tickets are purchased online everyday across the country.

About 8 lakh online tickets are purchased though the website of IRCTC.

“Though the exact figure is not available, east and northeast India account for one-fourth of total reserved tickets bought online every day,” added the official.

Metro Railway tokens, suspended since the carried resumed services on September 14, 2020, will be issued again from March 15, the carrier said on Monday.

The number of trains will also go up from Wednesday, said an official release.

On Saturday, the carrier will run 232 trains instead of 228. The timing of the first and last trains will be like weekdays.

On Sunday, the carrier will run 104 trains instead of 102. The first trains will leave at 9am and the last trains at 9.40pm, the carrier said.