‘Protected’ bird rescued from dad and son in North 24-Parganas 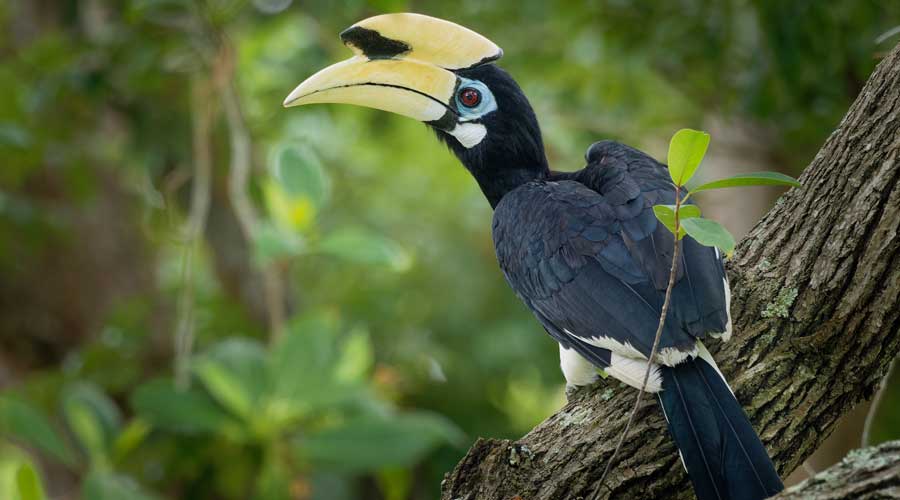 An Oriental Pied Hornbill was rescued from Barasat in North 24-Parganas.

A team of officers from the Wildlife Crime Control Bureau (WCCB) got in touch with a father-son duo who were allegedly trying to sell the bird and arrested them.

The Oriental Pied Hornbill is native to several places across India, including the forests of Bihar, Odisha, Bengal as well as Myanmar, Cambodia, Laos, Vietnam, Thailand, Singapore and Malaysia.

The bird is protected under Schedule I of the Indian Wildlife Protection Act. Animals and birds listed under Schedule I enjoy the highest protection. A person convicted of trading, killing or hunting a Schedule I animal faces at least seven years in jail, a forest department official said.

The accused - Shyamal Adhikari, 43, and Subrata Adhikari, 22 - were produced in a court in Barasat and remanded in judicial custody. They have been charged under various sections of the Wildlife Protection Act.

A conservationist working for an NGO said birds were smuggled in very small cages and in inhuman conditions. "Many birds don’t survive the long journeys they are forced to undertake in cramped cages", the conservationist said

A WCCB officer said they had got in touch with the Adhikaris posing as buyers. A deal was struck and the men allegedly agreed to come with the bird near Lebutala in Haroa, in North 24-Parganas.

“The men came on a motorcycle. One of them had the bird's cage on his lap," said the officer.

While a couple of officers started talking to the Adhikaris, others swooped down on them from behind and nabbed them.

Agni Mitra, the regional deputy director of the Wildlife Crime Control Bureau, said the men had been trying to sell the bird for the past few weeks.

"A preliminary investigation has revealed that the bird had been smuggled in from Bangladesh," said Mitra.

The website of the International Union for Conservation of Nature (IUCN) lists the Malabar Pied Hornbill as "near threatened".

The bird is listed under the IUCN's Red List. It has a small population that is decreasing rapidly.