The decision, which came into effect on April 20, was designed to open the tap for much-needed revenue for the cash-starved state 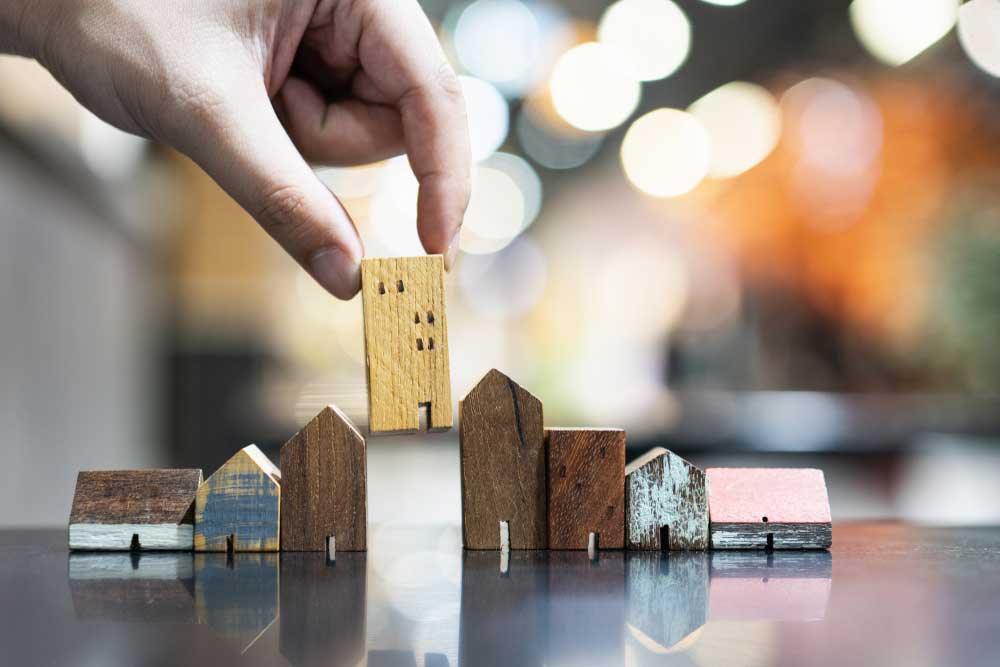 Property registration fees and stamp duty represent some of the biggest contributors to the state’s exchequer.
Shutterstock
|   Calcutta   |   Published 09.05.20, 09:54 PM

The Bengal government’s efforts to promote e-registration of property have slowly started to yield results.

The government had announced a financial incentive to encourage home buyers to register their property during the lockdown without physically visiting registrars’ offices.

The decision, which came into effect on April 20, was designed to open the tap for much-needed revenue for the cash-starved state. Property registration fees and stamp duty represent some of the biggest contributors to the state’s exchequer.

Government officials said the office of registrar had received 100 deeds online so far and 50 have been accepted. The others have been reverted to the applicants for minor corrections. 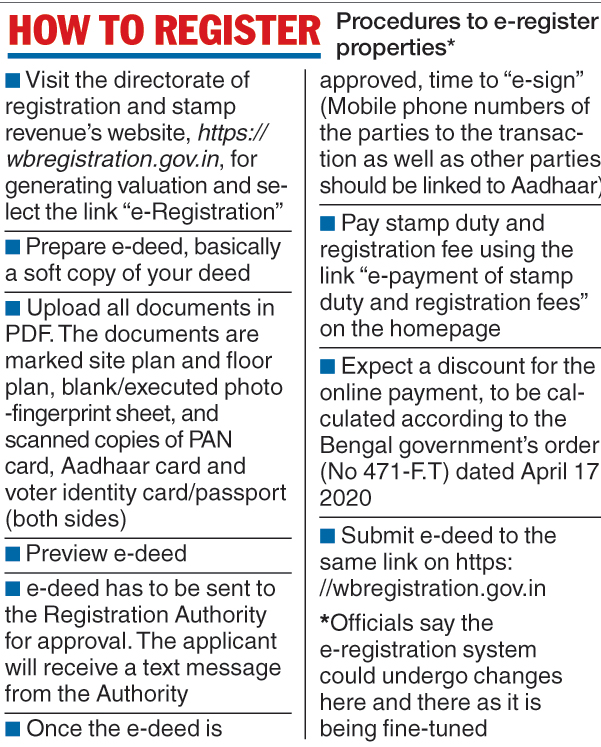 “Being a new module, the response initially was slow. But it is now starting to pick up,” a finance ministry official said.

The office of the inspector general of registration and commissioner of stamp revenue has so far only introduced e-deeds for sale/purchase of immovable property registration. From next week, it will add modules for sale agreements, lease agreements and gift deeds as well.

Metro has tracked down a buyer who has used the e-registration facility to pay the registration fee and stamp duty and register the deed of conveyance – and tried to understand how the new system works.

Sanghamitra Sen, a teacher with a government school, and her husband Sanjay, a senior executive with a pharmaceutical company, completed the registration process on Thursday evening.

The duo had booked a 1,100sq ft flat in Rajarhat some time back. The property was complete and ready for handover in March, when Covid-19 struck.

They had taken a home loan from the State Bank of India and the draft of final payment to the builder was ready by March 12.

“Everything went haywire. The bank was ready to disburse the last instalment and the developer was ready to hand over the property. But we could not proceed further,” said Sanghamitra Sen, from her Barasat home.

After seeing the government announcement on fiscal incentive (rebate of up to Rs 20,000 on registration fee), Sen got in touch with Siddha Group, with whom she had booked the flat, to explore the new process. “We are paying pre-EMI interest. Moreover, the validity of the draft is time-bound. Hence, we decided to go ahead,” said Sanjay Sen.

The Sidhha Group and Sen then exchanged the draft deed of conveyance and the legal legwork was done at the developer’s end.

The deed was finally submitted to the office of the inspector-general of registration (IGR) with a digital signature.

Sen will be given preference over others while completing the formalities, which means he won’t have to spend too much time at the registrar’s office.

Buoyed by the success, the Siddha Group owner, Sanjay Jain, has asked his team to initiate 23 more online registrations by Friday evening. “There are about 700 flats that we are ready to hand over. We plan to do all of them within a month or two,” Jain said.

The process will also ensure social distancing as it guarantees minimal people-to-people contact, he added.

The e-process will also mean cash flow for the developer as he would be able to draw down the last instalment from the buyer.

The real estate industry said the system would be more popular over time as the IGR’s office continues to fine tune the process to make it more seamless without compromising on the legalities involved in property transactions and mortgage creation.

“We expect the number to go up as the government is going to allow sale and lease registrations. This will help us convert the initial bookings into concrete transactions,” a developer said.

If the e-registration process runs smoothly, it will set the ball rolling for the real estate industry which has been hit very hard due to the virus outbreak.