Test dates announced but no clarity on classes 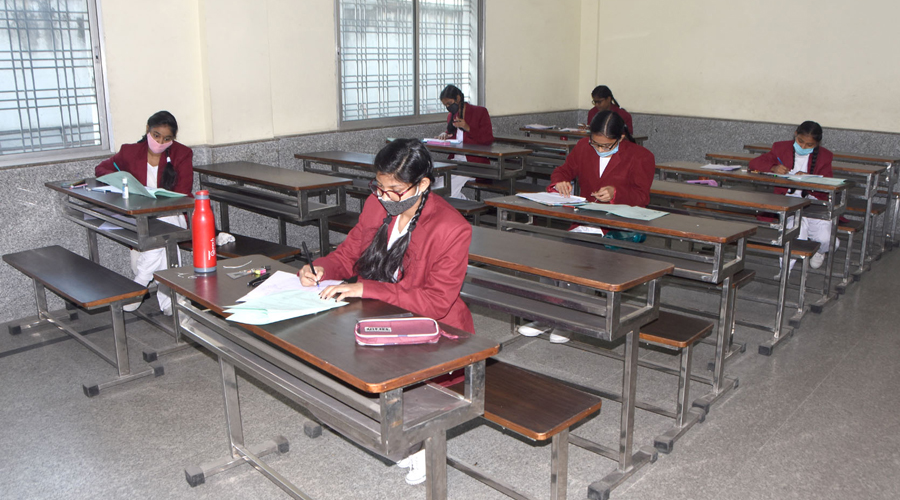 Twenty-six days after the council had announced the dates, the education department has yet to clarify when campus activities could resume.
File picture
Subhankar Chowdhury   |   Calcutta   |   Published 21.01.21, 02:09 AM

The higher secondary practicals will be held from March 10 to March 31, but the absence of any clarity on when practical classes could resume has left many students anxious.

Twenty-six days after the council had announced the dates, the education department has yet to clarify when campus activities could resume. “We are yet to decide whether it would be proper to reopen schools for practical classes since the pandemic is still on. We need more time as we have to think about the health of students and teachers,” said an official of the education department.

All schools have been closed since March last year as a precaution against Covid.

Metro asked the president of the West Bengal Council of Higher Secondary Examination, Mahua Das, whether the schools could reopen for practical classes. She said: “We have said everything in the notice that the council issued on January 18.”

Monday’s notice mentions details of the topics that are included in the practical papers but does not say anything about whether classes would be held, teachers said.

“In the absence of clarity, how can we call students to the campus? This could trigger a health hazard. Be it the council or the department, someone has to give a clarification,” said Saugata Basu, the general secretary of the government school teachers’ association.

An official of the council said they were awaiting instructions from the school education department about resumption of classes. “We are only an exam-conducting body. In respect to the affairs of the schools, the department takes decisions and we just issue the orders,” said the official.

An association of the headmasters described as “utterly impractical” the decision to announce the dates of the practicals without clarifying whether the classes could be held.

“This is an utterly impractical decision. We wrote to education minister Partha Chatterjee on January 18, telling him that the schools are confused since there is no clarity. This has left the students anxious,” said Sridam Chandra Jana, the secretary of the West Bengal Headmasters’ Association.

Repeated calls to Chatterjee went unanswered. He did not respond to text messages either.

Calls and messages to school education secretary Manish Jain did not elicit any response.

Kazi Masum Akhtar, the headmaster of Katjunagar Swarnamayee Vidyapith in Jadavpur, said students and guardians had repeatedly requested him to resume practical classes.

He said he was keen to reopen the school provided the higher secondary council and the office of the district inspector (DI) of schools gave the go-ahead.

“I will soon write to the council and the DI, seek-ing permission to reopen the school. Students in small batches can attend practical classes, Our campus is huge, so following the physical distancing protocol will not be a problem,” Akhtar said.