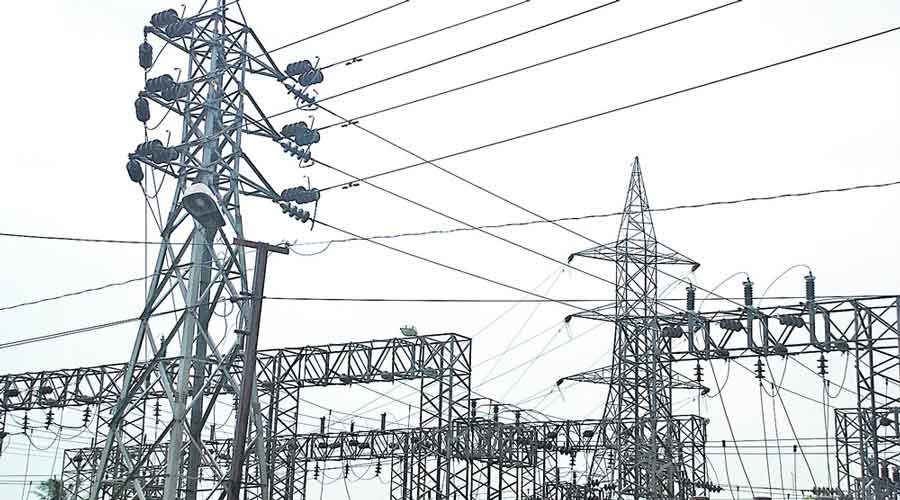 Scores of homes in Lake Gardens suffered lengthy power outages since Monday night after an electricity pole was damaged by an uprooted tree.

The power supply was stopped in two phases — on Monday night, when a team from the civic body chopped the fallen tree and cleared the debris, and again on Tuesday morning, when a CESC team fixed the damaged pole.

People working from home and children having to attend online classes had a harrowing time because of the outages.

Several residents said calling up the CESC helplines elicited a stock response that “overhead lines being repaired”. There was no prior intimation from the power utility, they said.

A CESC official denied the allegations. “We always send messages to consumers before snapping the supply,” he said.

The Krishnachura tree, which stood near the intersection of Prince Anwar Shah Road and Gobindapur Road, came crashing around 7.20pm on Monday, a CMC official said.

“It was a very old tree. There was no rain at that time. There were hardly any winds. It is not clear how the tree fell. But the tree damaged an adjacent electricity pole,” said Ratan Dey, a member of the Calcutta Municipal Corporation’s board of administrators in charge of roads.

A team of tree-cutters reached the spot soon to clear the area.

“Following a request from the civic body, we stopped supply in the area from 7.30pm. It was restored around 10pm. The power supply was stopped on Tuesday morning again because the damaged pole needed repair,” said the CESC official.

Many houses had their power supply snapped before 10am on Tuesday. At some, the supply was restored after five hours.

A resident said the power went off around 10am on Tuesday. It came back at 3.20pm. “My son could finish his online class because we had a dongle. But my work got stuck for the better part of the day,” she said.

Many residents said calling up the CESC helpline was not useful.

“I first called the helpline around 10.30am. I was told that power would come back within two hours. The next two times I called, around 12.30pm and 1.30pm, I was told that overhead lines were being repaired. Nobody could tell when the supply would be restored,” said the resident. The supply to her home was restored after 3pm.

“I did not receive any message or mail from CESC. But the person answering the call said there had been many complaints from the Anwar Shah Road area,” she said.

The CESC official said sending messages to consumers was the usual procedure before snapping supply.

“I cannot comment on individual cases. But sometimes, consumers do not get messages for other reasons. For example, some consumers don’t use the number registered with us at the time of inception of the connection,” he said.