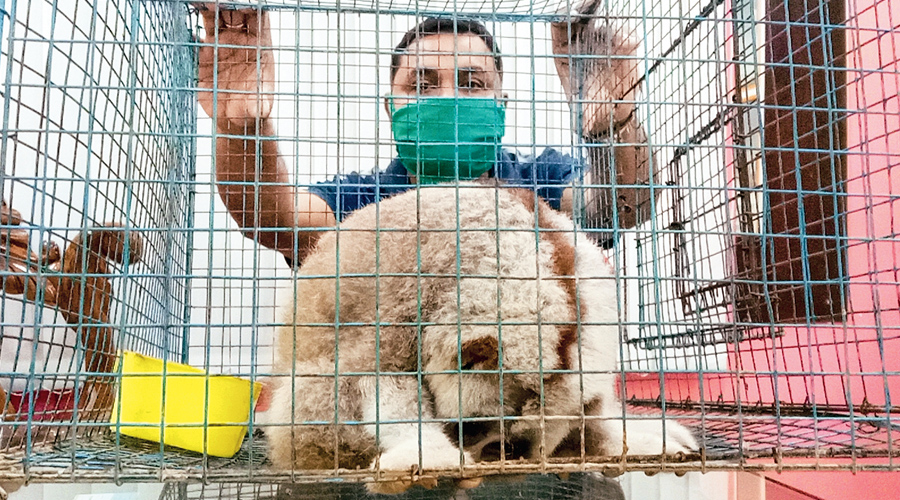 A police team rescued a slow loris, an endangered primate species, eight macaws and three turkeys from a village in Hasnabad in North 24-Parganas on Thursday. The seized animal and the birds have been handed over to the forest department. “Forest officials identified the rescued loris as a member of the Bengal slow loris group,” a police officer said.

None of the suspected smugglers could be arrested till Thursday evening. “It appears the animal and the birds were brought to India from Bangladesh and were to be dispatched to other destinations. With Covid curbs in place, the smugglers could not move the animals,” said Deraj Roy, the sub-divisional police officer of Hasnabad.

An officer of the state wildlife department in Calcutta said that until a few years ago, smuggling of slow lorises was rare. “Since 2018, three attempts at smuggling slow lorises have come to light,” the officer said. On June 29, 2018, the wildlife crime control bureau had rescued a slow loris from a home in Maniktala, in Calcutta.