The St James’ School student scores 94.5 per cent and has his eyes on a seat at IIT 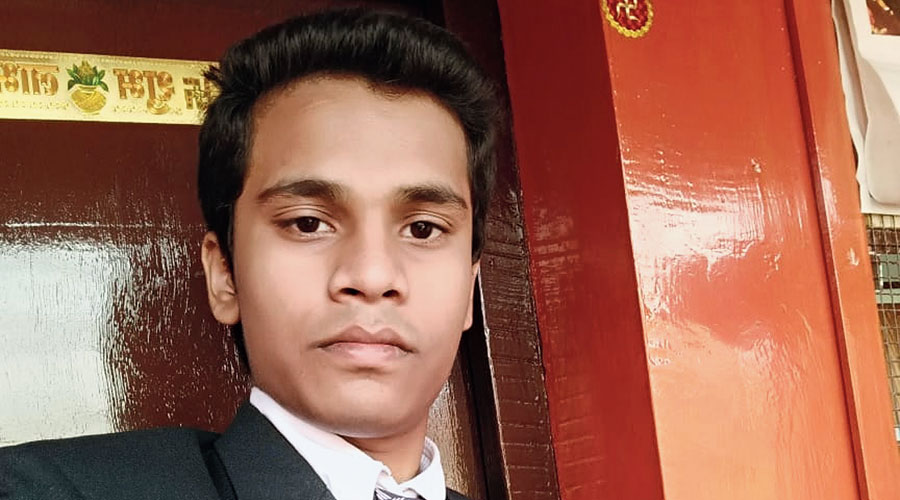 An 18-year-old scored 94.5 per cent in the ISC exams and is preparing for IIT and other engineering entrance tests. Nothing unusual for a boy of his age, except that he lives in a one-room house and his father sells books and magazines for a living on a Park Street footpath.

Abhay Kumar Gupta, who had appeared in the ISC exams from St James’ School, scored 100 in math, 96 in chemistry, 80 in physics, 97 in Hindi, 85 in English and 90 in economics. Despite the marks he still considers himself a “black sheep” because he feels his score is not “high enough” for his school.

“I should have done better… there are so many high-scorers at our school,” Abhay said.

But it hasn’t been an easy road for him — he would spend hours studying on a verandah close to where his father sells books along Park Street. “It is the verandah of an office. I requested them (the office authorities) to keep the light of the verandah on. There were street lights, too, and so I managed,” he said.

The spot is a 15-minute walk from the New Market area, where he lives with his parents and younger brother. The one-room rented house is partitioned to make arrangements for a cooking space.

“Studying at home was difficult, because of lack of space and also because people in the neighborhood would often play loud music almost till midnight,” he said.

Abhay had appeared in the ICSE exams from Harrow Hall School but had set his sights on St James’. “I had to score more than 90 per cent to go there and I managed to get 94 in ICSE…. Initially, I had some reservations but my friends and teachers made it easy for me to settle down in the new school,” he said.

His teachers did their best to support him. “He is a hardworking boy and very focussed on studies. He knew he had to do well and is extremely sincere,” said Joseph Chacko, an English teacher and a senior coordinator at St James’. 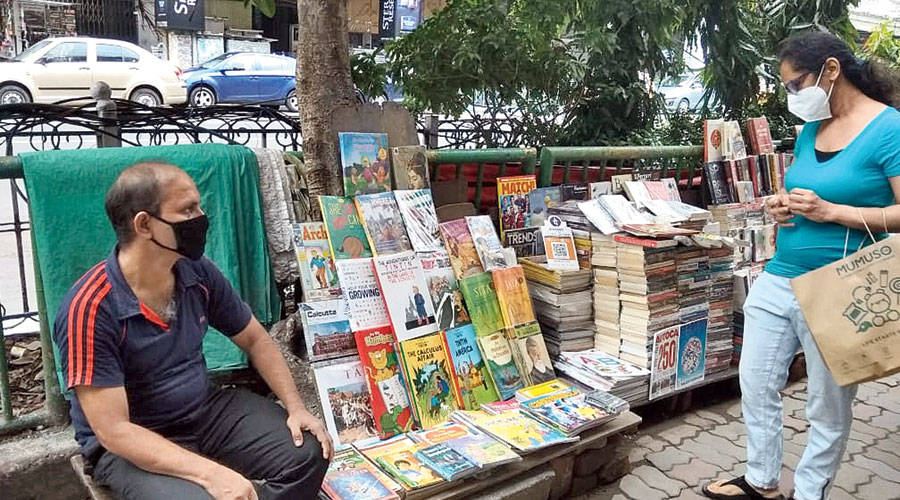 Abhay and his family know the journey has just started and a long road lies ahead. The Covid pandemic has only added to their troubles.

“The entrance exams are getting postponed and we don’t know when colleges will start their classes... the future is uncertain and everything is so messed up... that is what is more worrying,” said Abhay.

The pandemic has bludgeoned the family’s finances, too. For three months during the lockdown, Abhay’s father Ram Babu Gupta could not sell books. The curbs have since been relaxed but buyers are few and far between.

“Till February, I would earn Rs 600 to 700 a day... but now there are barely any customers. Often, I don’t get to sell any book or magazine the entire day,” said Gupta, who came to Calcutta to help his father run the pavement stall after passing Class XII.

“I want my son to complete his studies and get a job...but studying engineering is expensive,” said the proud but apprehensive father. “In Plus-II, the school waived a significant part of his fees. So it was easy for him to continue.”

But the boy hopes the situation will improve soon and he will be able to go to college. “I have to start earning and buy a house for my parents... for so many years my father has been struggling alone,” Abhay said. “I know the hardships my father is going through so I could study.”