The work of the 7.5km-long road surface on the main trunk of Calcutta’s longest flyover will start two days after a 26-year-old man died following an accident 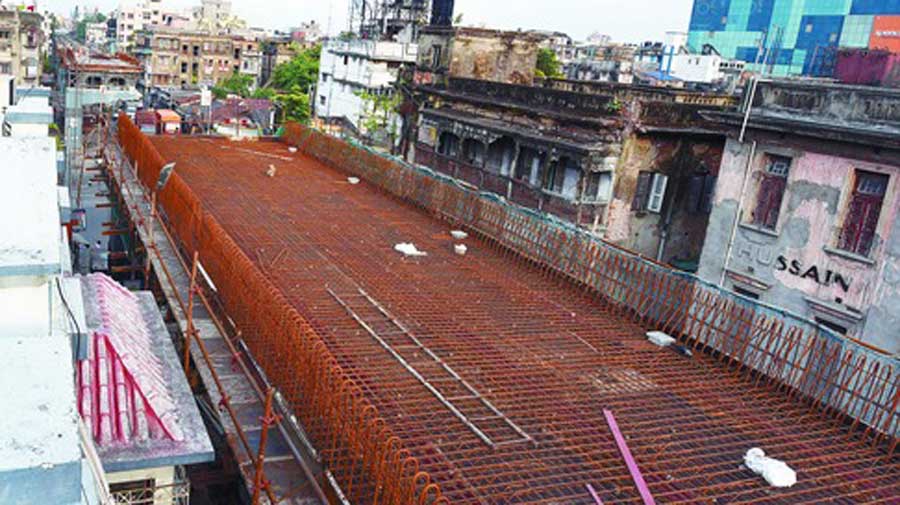 The road surface of the Parama flyover will be repaired over the next 10 days. Engineers from the urban development department, which will supervise the project, said repairs on the EM Bypass-bound flank will start first.

“The repairs will start on Wednesday. Work will con-tinue from 11pm to 5am to ensure minimum rush-hour traffic diversion,” an official said.

“All necessary formalities for the repairs, including getting permission from police to block traffic on the flyover during the duration of work, are over.”

The repair of the 7.5km-long road surface on the main trunk of Calcutta’s longest flyover will start two days after a 26-year-old man died following an accident on the flyover. Arijit Maitra, who was riding a two-wheeler, apparently stopped on the flyover to answer a phone call when he was hit from behind by a car.

Maitra was flung off the flyover before he landed on the road below.

“The repair will basically be patchwork. A layer of mastic asphalt will be laid to cover the parts that have worn off on either flank of the flyover,” said an official of the CMDA, which is the custodian of the flyover. “Since mastic asphalt was used when the road was laid, we will stick to it for the repairs.”

A section of road engineering experts has questioned the decision to use mastic asphalt, instead of bituminous concrete, on the Parama flyover, where vehicles tend to move at a speed higher than most of Calcutta’s thoroughfares.

Several engineers said bituminous concrete was the choice for all high-speed co-rridors across the world. National highways, too, don’t have a mastic asphalt layer on them.

“The friction factor for mastic asphalt is low. Unfortunately, for patchwork you can’t try bituminous concrete,” said Samiran Sen, a member of the committee set up by the state government to monitor the health of bridges and flyovers.

Engineers said the width of the carriageway of the Parama flyover is 7.5m and there is no space for the shoulder, unlike other bridges or roads. As a result, motorists have to be extra careful while driving down this flyover.

Besides repairing the road surface, engineers have decided to use the 10-day period to give a fresh coat of blue and white on the inner surface of the walls. “We will also complete the work of installing nets as a measure to prevent kite strings from falling on motorists,” the CMDA official said.