Over 70 km of defunct cables removed from Salt Lake roads 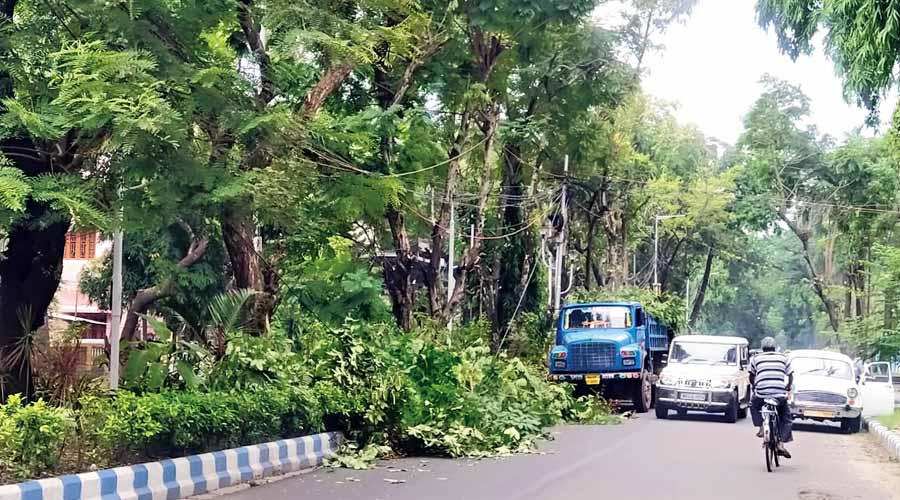 More than 70km of defunct cables that had been lying across several roads in Salt Lake have been removed till Wednesday.

The Telegraph had reported on July 3 how the bundles of television and Internet cables strewn along several roads of Salt Lake posed a risk to motorists and pedestrians alike.

A senior official of the Bidhannagar Municipal Corporation said that nearly 70km of defunct wires had been removed.

A team from the corporation started removing the wires lying on streets and footpaths as well as low-hanging ones on July 7.

These wires had turned several roads in Salt Lake dangerous for two-wheeler-riders, pedestrians as well as those driving cars.

A two-wheeler-rider headed home from his workplace had met with an accident after his bike’s front wheel got entangled with a dangling cable on an unlit stretch of the road along the Eastern Drainage Canal, in front of the Mahavir Vikas Housing Complex.

In the first phase, nearly 15km of dead wires were removed from a section of Broadway, which connects Salt Lake with EM Bypass; the road that runs parallel to the Eastern Drainage Canal connecting the Chingrighata crossing with the township; and a stretch of the Second Avenue, near the CGO Complex in DF Block.

The corporation team conducted the drive equipped with a truck and an earthmover.

“We needed the earthmover's hydraulic arms to remove the mess of cables from the road. Once the earthmover moved the wires aside, they were snipped and loaded on the truck,” said an official of the civic body.

Ranjan Poddar, a ward coordinator whose area covers Mahavir Vikas Housing Complex and the stretch of Broadway and who coordinated the operation, said the team had removed more than 15km of wires in the first phase.

Old cables that have long outlived their utility have been dangling from posts, all jumbled up, for years in Salt Lake.

Mesh of cables can be spotted in several places, including the Karunamoyee intersection, in front of City Centre and on First Avenue near the Punjab National Bank island.

Some of the wires criss-cross the road and are difficult to spot at night because several of these stretches are unlit.

Another corporation official said they had planned to undertake more such drives across all three sectors of the township.