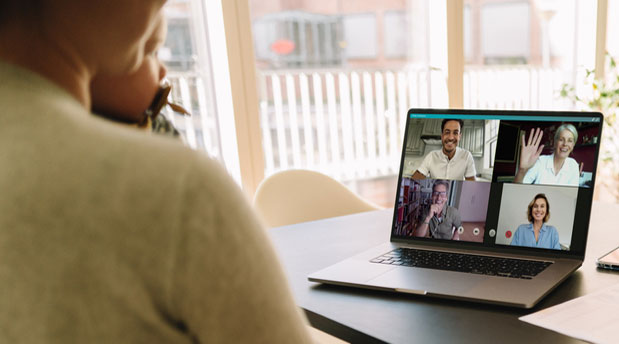 Many parents are relived that parent-teacher meetings are taking place online because it has reduced the waiting time to meet a teacher at school.

Several schools are allocating specific time slots to parents to meet the class teacher or the subject teachers.

Parents, when they would visit school to meet the teachers, would also get annoyed waiting for their turn as many of them had to rush to office, to keep an appointment at work or even go back home to attend to an elderly patient.

On many occasions the queue would be largest when it came to the science or the math teacher, heads of at least two city schools said.

By default the system has become more “time bound” and “forcibly streamlined”, head of a school said.

“Since parents are being given specific slots it is saving time because they have to stick to that particular time. Some parents would take a long time with the teacher that would annoy the next parent, who is kept waiting,” said Meena Kak, principal of Lakshmipat Singhania Academy.

Some schools are giving 10 to 15 minute slots and some of them about 45 minutes to a group of parents.

In some institutions, a group of parents is entering an online platform and they are requesting the host, who is usually the class teacher, as to which subject teacher they want to meet and are being shared the link.

Some schools are giving separate days to meet the class teacher and the subject teachers. “In school, parents would not want to come on multiple days. On the day of the meeting they would go from room to room to meet the different teachers, which would increase their waiting time,” said Amita Prasad, director of Indus Valley World School.

“Even if schools tried to stagger the time according to roll numbers but inevitably there would be some parents who would leave without meeting some teachers,” she added.

G.A. Rahaman spent only an hour talking to seven of the teachers at The Newtown School. “I was keen to talk to all teachers because my son will appear for board exams next year. It took me an hour . Had I met them in school, it would taken the entire morning and even then I would have to skip some teachers. There was hardly any waiting time at the online meeting,” said the father.

Schools are also noticing better attendance of parents in the online mode unlike in school where there were more number of absentee parents especially in senior classes.

“Now, in the online mode we noticed that 95 to 98 per cent parents are present for the meeting, which would vary from 65 to 75 per cent in senior classes,” said Basanti Biswas, principal of Calcutta Girls’ High School. “We have our meetings three weeks before the exams always so as to tell parents which are areas the children need to focus on.”

Parents now have the freedom to log in from their workplace also and it is easier for them to maintain the time if they have a prior intimation, which is usually provided.

Heads of schools felt that the online mode has “shortened” the entire interaction and is now “more to the point”.

“Some parents would deliberately prolong the interaction but now it is more to the point. Some of them would repeat a question after they hear other parents asking it because they are in the same room,” said Satabdi Bhattacharjee, the principal of The Newtown School.

“The new system in our school is also giving parents the comfort of more private and open interaction with the teacher where no one else can hear them,” she added.