October rise in dengue numbers in the city

More people stepping out of their homes behind spike, say CMC officials 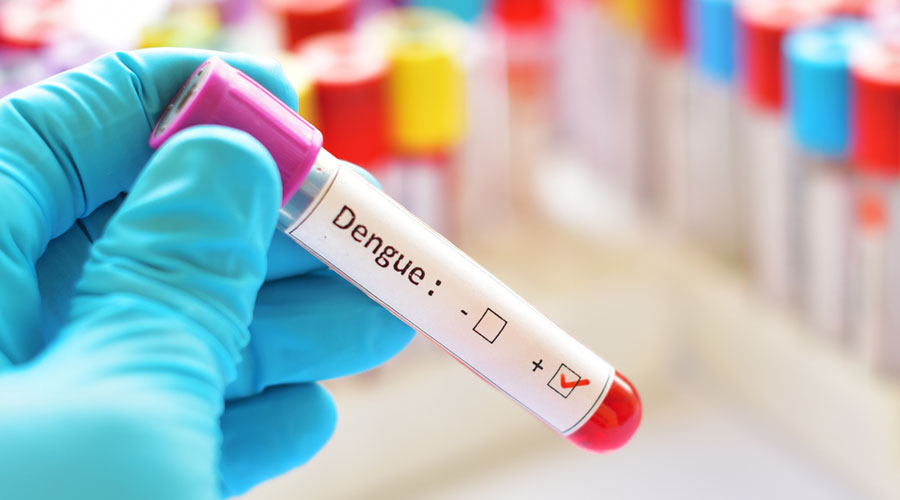 Since human beings act as carriers of the dengue virus, their movement increases the chance of the disease spreading, an entomologist of the Calcutta Municipal Corporation said.
Shutterstock
Subhajoy Roy   |   Calcutta   |   Published 30.10.20, 03:08 AM

Several hospitals in the city have admitted more dengue patients in October than in previous months this year, and CMC officials attributed the rise in numbers to more people stepping out of their homes.

Since human beings act as carriers of the dengue virus, their movement increases the chance of the disease spreading, an entomologist of the Calcutta Municipal Corporation said.

When more people keep moving, it means an infected person can pass on the virus to an uninfected mosquito, which can then infect a human being, the entomologist said.

The CMC’s vector-control work has not been adequate in the couple of weeks before and during the festive season, several people in the city said.

“There is a vacant plot outside our apartment. Discarded home items, earthen cups, paper cups have been lying there. I did not see any CMC team cleaning the plot or spraying larvicide there in the past couple of weeks,” a Kasba resident said.

At least 750 people have been infected with dengue so far this year in the Calcutta municipal area, a CMC official said. The number was 2,500 in the corresponding period last year, he said. “Our surveillance work has continued in full force.”

A doctor at the Institute of Child Health in Park Circus said 80 children had been admitted with dengue to the hospital in October.

An official of Peerless Hospital said 15 people had been admitted with dengue to the hospital in October.

The chairman of Medica Superspecialty Hospital said the hospital had noticed a spike in dengue admission in October.

All three, however, said the numbers were lower than last year.

“Eighty dengue patients have been admitted to our hospital in October. In September, it was 65,” Prabhas Prasun Giri, a doctor at the Institute of Child Health, said.

Sudipto Mitra, the chief executive officer of Peerless Hospital, said 15 dengue patients had been admitted to the hospital in October. The number was 10 in September, he said.

Alok Roy, the chairman of Medica Superspecialty Hospital, said they had 16 dengue patients in October and 12 in September.

The bamboo poles used to erect pandals during Durga Puja are “good breeding places” for mosquitoes, according to CMC doctors.

The low rainfall during October and November helps in the breeding of mosquitoes, a CMC official said. Heavy and frequent rain during the monsoon washes away mosquito eggs.