Move aimed to seek recognition from the UGC 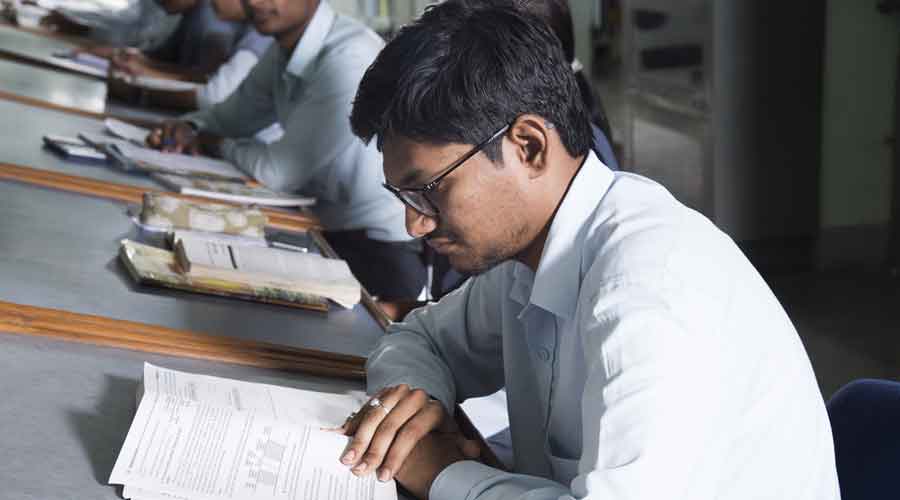 The university received online applications for postgraduate courses in Bengali, history and English till December 30 and classes would soon start on digital platforms
File picture
Subhankar Chowdhury   |   Calcutta   |   Published 01.01.21, 02:31 AM

“In the absence of the appointed day, a university cannot seek recognition from the UGC. So the notification was issued,” said an official of the higher education department.

An official of Kanyashree University, an all-women institution, said the UGC had told the institution that the recognition could not be granted in the absence of an appointed day. The university had sought recognition following the appointment of its first vice-chancellor, Mita Banerjee, in September.

The appointed day of Biswa Bangla University, coming up in Shibpur, around 4km from Santiniketan, is December 10, 2020.

The university received online applications for postgraduate courses in Bengali, history and English till December 30 and classes would soon start on digital platforms.

The appointed day of Kanyashree University, operating from Krishnagar Women’s College, is November 10. VC Banerjee said they had started postgraduate courses on digital platforms in Bengali, English, history and education on December 16.

The land for setting up Mahatma Gandhi University has been designated — a plot of 20 acres on national highway 41 in Kapaseria mouza, in Mahishadal.

“At a time the new universities have started offering or are about to launch courses, it is crucial that the recognition comes from the UGC,” the education department official said.