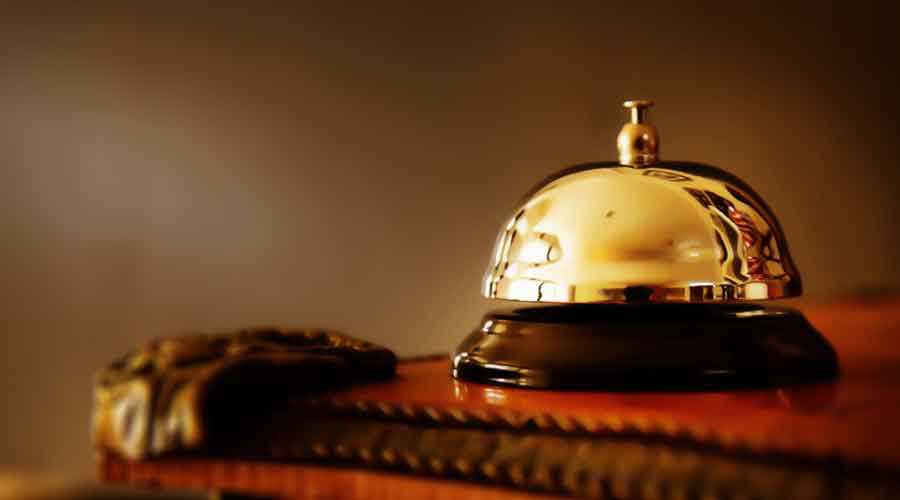 The teachers, eight of them headmasters at their madrasas, were forced to take shelter under the East West Metro viaduct (the ground below the overhead tracks) near Bikash Bhavan amid the morning shower and left the city directly after finishing work
Shutterstock
Sudeshna Banerjee, Snehal Sengupta   |   Salt Lake   |   Published 22.09.20, 02:31 AM

A group of 10 madrasa teachers from Malda who had booked a guesthouse in Salt Lake to freshen up before heading to a meeting at the state’s education department headquarters were turned out of the guesthouse a few hours after they had checked in and refused accommodation in another.

One of the teachers said they got the impression that they were taken from one guesthouse to another and refused rooms because of their identity, their names, their appearance and their clothes.

The teachers told The Telegraph they had been “stunned” at hearing the reason for their expulsion. “We had come to Calcutta earlier too in connection with work and usually stay at such lodges. This time we had come after several months because of the lockdown. We have never faced any problem before…. It simply breaks our heart to think this could happen in Bengal,” said Mahbubur Rahman, headmaster of Alipur Madrasah Shiksha Kendra in Kaliachak, Malda.

The teachers, eight of them headmasters at their madrasas, were forced to take shelter under the East West Metro viaduct (the ground below the overhead tracks) near Bikash Bhavan amid the morning shower and left the city directly after finishing work.

According to Rahman, they had started from Malda around 9.30pm on Sunday and reached Salt Lake around 6am on Monday.

“A bike-borne youth who introduced himself as a guesthouse employee guided us to a guesthouse near CK Market. After we submitted our identity cards, we were allotted three rooms. At the time we had clearly mentioned that we would stay till 3.30pm. After freshening up, we went to the market for breakfast,” said Rahman.

The group, barring one teacher who had fallen asleep in a room, had headed out for breakfast, Rahman said. After they returned around 9.30am, a guesthouse employee told them they would have to leave as there was another booking for 10am.

“They promised us better rooms and although we protested initially, we agreed to check out the other guesthouse,” said Rahman.

They were taken to a property at CJ2, the second guesthouse, where the teachers said they were made to wait 45 minutes in a hall and then told they could not be accommodated as rooms were under repair.

Rahman then called up Moidul Islam, general secretary of the Paschimbanga Sikshak Aikya Mukta Mancha, a Left-leaning teachers’ organisation, who had made the bookings.

Islam told The Telegraph that the guesthouse employee who had accepted the bookings and received the team in the morning told him some residents had spotted the teachers returning after breakfast and objected to their presence before the lodge authorities.

Islam said: “‘They are all from your community,’ that employee said. He also said the situation could have been managed had there been members of any other community too in the group. The guesthouse owner too was unwilling (to keep them), he said, and expressed regret at his inability to help.”

Tanmoy Mukherjee, one of the owners of the CL block guesthouse and the one in CJ block, said the teachers could not be allowed to stay because bookings had been received for the rooms on an online platform.

“We received online bookings from 10am so we had no option but to ask them to move out. We tried to accommodate them in another of our guesthouses but there too the rooms were occupied or under repair,” said Mukherjee.

Islam then asked the group to wait under the Metro viaduct and went there.

Sadek Ali, headmaster of Krishnapur Madrasa Kendra, said he was immensely hurt. “We were born and brought up in this country. Who knew we would face this treatment!”

Later at night, the teachers received calls from the director of madrasa education, Abid Hussain, and a senior official from the school education department. “Both of them said the grievance would be probed,” Islam said.

A senior officer from the Bidhannagar commissionerate said on Monday night that officials were speaking to the guesthouse owners and the employees to find out what exactly had happened.