An orphanage in Barjora, Bankura, has been identified for a virtual facility that the institute will equip with a smart TV, microphones, computers and other accessories 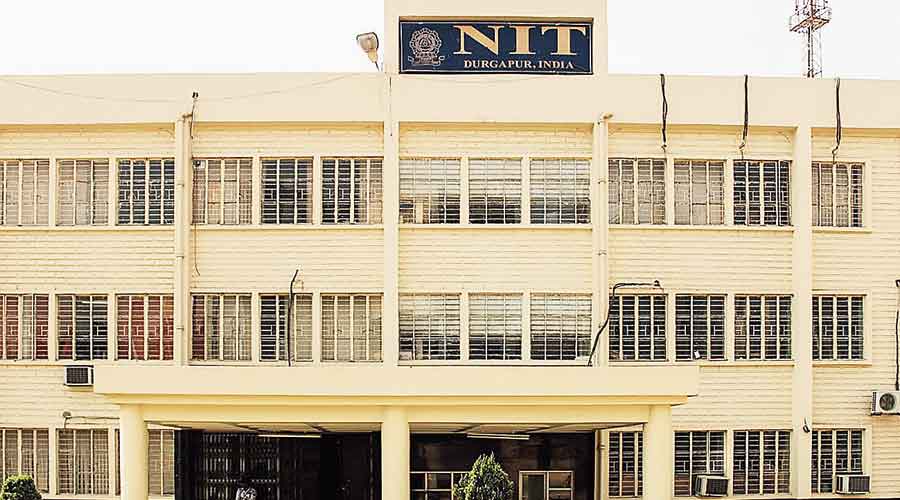 The National Institute of Technology (NIT) has started a centre for digital learning on the campus that will develop course material and interactive sessions for science subjects based on the school syllabi.
File picture
Subhankar Chowdhury   |   Durgapur   |   Published 21.08.21, 01:38 AM

NIT Durgapur is setting up two virtual classrooms in Bankura and Purulia where teachers and students of the institute will offer free tutorials to underprivileged students from Classes VIII to X. The students have not been attending school since March 2020 because of the Covid pandemic.

The National Institute of Technology (NIT) has started a centre for digital learning on the campus that will develop course material and interactive sessions for science subjects based on the school syllabi.

An orphanage in Barjora, Bankura, has been identified for a virtual classroom facility that NIT will equip with a smart TV, microphones, computers and other accessories.

NIT is in talks with an NGO to identify a place for a similar classroom in Purulia.

Classes will start in September.

Anupam Basu, director, NIT Durgapur, said school students from underprivileged families in rural areas have been the worst affected because of the digital divide.

“They lack devices like smartphones and laptops required to attend classes over digital platforms. Their foundation is weakening because of the lack of access to studies. This led to the start of virtual classrooms,” Basu told Metro.

The institute will contribute Rs 4 lakh to set up the two virtual classrooms.

The local panchayats will identify the schools whose students will benefit from the project.

An NIT official said scores of virtual classrooms across the districts must be set up to meet the demand.

“We have taken to crowdfunding for the project. The state government will also be approached. NIT will provide full technical support,” he said.

As part of activity-based learning, teachers and students will conduct experiments in the labs on the NIT campus and these will be telecast in the virtual classrooms, the official said.

While NIT will leave it to the residents of the areas to maintain the facilities, the cost for internet will initially be borne by the institute, said Basu.

Unlike neighbouring Odisha, where schools have opened recently, Bengal is yet to decide on the resumption of in-person classes.

Schools in Bengal had resumed in-person classes for students of Classes IX to XII from February 12. But the classes had to be suspended on April 21 because of a renewed surge in Covid cases.

Students of Classes III to VIII have been away from schools since March 2020.

Chief minister Mamata Banerjee had recently said the state government would try to open schools and colleges after Puja in November.