New Year's Eve soiree with a heart in Calcutta 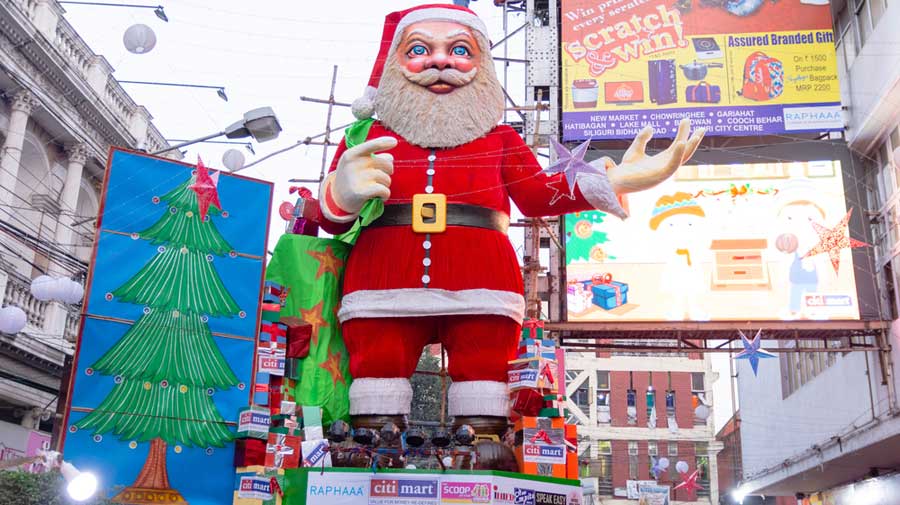 The organisers are used to giving speeches to dissect the controversial laws. But on Thursday, they will use songs, poems and short plays to convey their message. The bulk of the revellers who descend on Esplanade on December 31 are young people. The organisers want to draw their attention.
Shutterstock
Debraj Mitra   |   Calcutta   |   Published 29.12.20, 02:42 AM

A stage for a musical soiree will come up near New Market on New Year’s Eve. But it will be different from hordes of such stages on the last day of  the year.

The stage near Hogg Market will aim to make revellers aware of the “perils” of the new citizenship regime and farm laws. The organisers are used to giving speeches to dissect the controversial laws. But on Thursday, they will use songs, poems and short plays to convey their message.

The bulk of the revellers who descend on Esplanade on December 31 are young people. The organisers want to draw their attention.

“Lakhs of people in Assam, who celebrated the New Year’s Eve in 2018, could not do the same in 2019. Similarly, we are celebrating New Year’s Eve now. But there is no guarantee all of us will be able to do the same next year. We want to serve a reminder that it is a tightrope walk,” said Kamal Sur, a member of the Anti-NRC People’s Movement, a joint platform of 21 organisations behind the December 31 campaign.

In Assam, close to 20 lakh people were excluded from the final NRC list that came out in August 2019.

The CAA rules were yet to be framed because of the pandemic and that the process would start once vaccinations for Covid-19 began, Union home minister Amit Shah said in Bengal earlier this month.

Thursday’s programme will start around 6pm. The organisers want to continue till midnight. The schedule will include a series of performances, from groups and individuals. Many of the performers will be students, organisers said. “There might be short speeches but the main mode of communication would be songs, poems and plays. The area surrounding the stage will be decorated with posters. Some of our volunteers will be on ron-paa (stilts) to stand out in the crowd,” said Palash, a member of the joint platform.

Protests against the National Register of Citizens, National Population Register and the Citizenship Amendment Act were at their peak last winter. Songs of amity and communal harmony were an integral part of the protests in Calcutta.

This year, thousands of farmers are on a long vigil against the farm laws at the Singhu border near Delhi, weathering severe cold like thousands of Shaheen Bagh protesters did last year.

The protests that started in December 2019 gained countrywide traction but were halted abruptly by the pandemic. A rally and demonstration against the citizenship troika took place in central Calcutta on December 11, breaking a long lull. It was organised by the Anti-NRC People’s Movement.

Spunky posters and songs of protest were an integral part of the rally.

At least two other sizable demonstrations against the NRC-NPR-CAA have already taken place in the city since December 11.

“The farmers’ protest has become the focus of not only India but the whole world. But unless we are citizens, we cannot be farmers, soldiers, doctors or anything else. So, citizenship, or the threat to it, is the most critical issue,” said Sur.