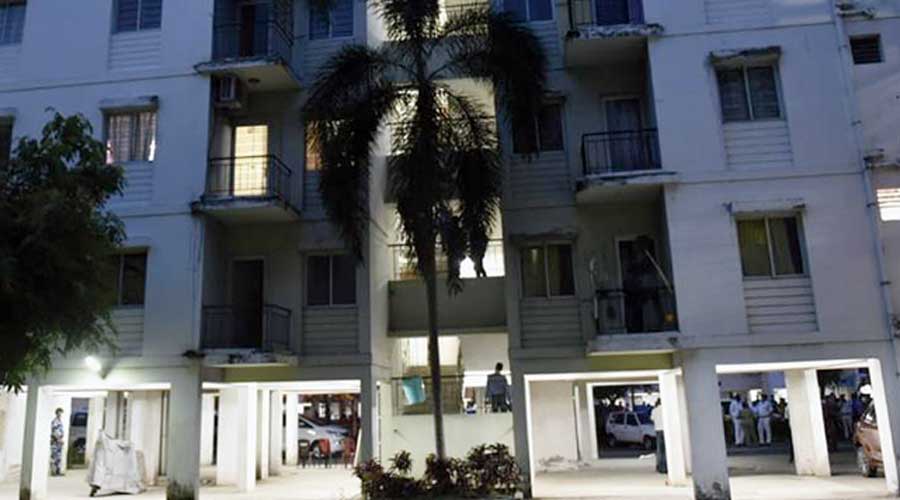 The norms mandated by the police to rent out flats were followed by the owner of apartment 201 of Block 153 at Shukhobrishti housing complex in New Town where two gangsters were gunned down in a police raid on Wednesday afternoon.

The chain of events that led to the entry of Jaipal Bhullar and Jaspreet Singh, the slain gangsters from Punjab, into the apartment reveals there is little one can do if a tenant allows others to stay in the property.

Police said the apartment owner had followed all norms in renting out the property. He had signed a rent agreement with the tenant and collected identity documents of the person for police verification.

Following Wednesday’s shootout it came to be known that the tenant was not among the persons who were staying in the flat.

Techno City police station, in whose area falls Shukhobrishti, did not have any identity papers of Jaipal and Jaspreet, an officer of the Bidhannagar commissionerate said.

The police station had a copy of the Aadhaar card and passport of Sumit Kumar, who had taken the flat on rent through Sushanta Saha, a property broker. “Kumar was not staying in the flat,” the officer said.

Residents of housing complexes across New Town said that it was a common practice for tenants to invite friends and other acquaintances to share apartments with them.

“More often than not an owner signs a rent agreement with one person. The tenant then asks friends or colleagues to stay in the flat and splits the rent with them. In most cases the identity documents of these people are not handed to the police,” said Mainak Kanrar, the secretary of a residents’ association at Shukhobrishti.

“The practice is rampant at our complex,” said Rahul Roy, another resident of Shukhobrishti. “Tenants scout for flatmates even on social media.”

Shukhobrishti has around 12,000 dwelling units. Kanrar said no records were available with the association on the number of tenants living at the complex.

The owners of a large number of flats at most housing complexes in New Town live in other parts of the city and let out their flats for some extra income. Among the tenants are thousands of young professionals working in New Town and Sector V as well as students.

In most cases owners who live outside New Town often engage brokers to rent out their properties. Often the brokers have keys to the flats.

“The owner and the tenant never meet. We just arrange a phone call with the owner once a person agrees to take a flat on rent,” said Sahidul Molla, a broker in New Town.

Another broker said a rent deal in New Town could be fixed within hours. Most agents have rent agreements and stamp papers with them. In an “urgent case”, an agreement can be inked and documents submitted to the police station and the housing society’s maintenance office within a span of hours.

“We have good terms with police stations. In most cases documents are signed and stamped as soon as they are submitted,” a broker said.

An officer of the commissionerate said it was difficult for them to monitor who was actually staying in a flat or a standalone house that had been rented out.

“A person who has taken a property on rent can ask a relative or a friend to stay with him…. There is little we can do if we don’t have the documents of all the persons staying in a flat,” said the officer.

Ranjan Basu, the president of Rosedale Garden Apartment Owners’ Association, said they had a set of guidelines to try and ensure nobody apart from tenants could stay in the flats rented out.

“Before a flat is let out we ask the owner to submit a list of names of the tenants and their identity documents…. We do not allow anyone else to move in,” Basu said.