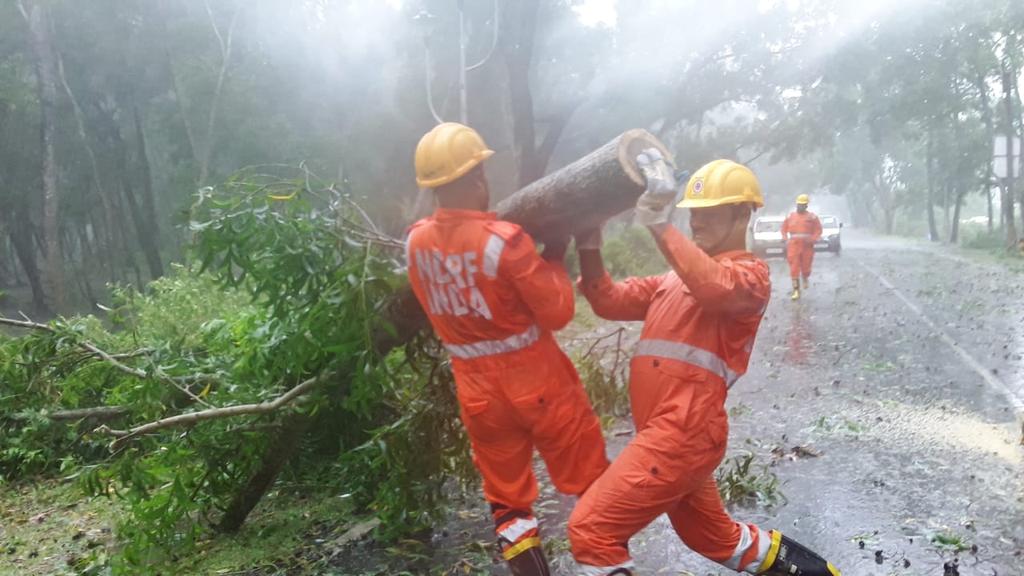 Four more teams of the National Disaster Response Force (NDRF) are being sent to Bengal that has borne the brunt of the devastation caused by cyclone Amphan which made landfall at Sagar Island, over 100km from Calcutta on Wednesday.

NDRF director-general S.N. Pradhan told the media on Thursday that the teams, being airlifted from Pune and Chennai, would be used to help rebuild the city that has seen thousands of electricity poles and trees uprooted, leading to power outages and severe disruptions in mobile and internet connectivity.

'Damage is estimated to be higher in West Bengal. The state has asked for four more teams of NDRF, to assist in (urban) restoration work. Immediately, the Cabinet Secretary has decided to send the teams,” said Pradhan.

He said that people in high impact areas of West Bengal have been advised to remain in shelters because their homes were destroyed. He also estimated that Bengal might need deployment of NDRF teams for a longer period.

“They [Odisha] estimated that within 24-48 hours, life will return to normal in highly impacted areas,” he said, adding that power services would be restored completely in high impact areas in the next 24 hours.

NDRF teams worked through the night, in order to clear roads and restore normalcy as soon as possible

Nearly two lakh people, who were in shelters in Odisha, were now returning to their homes.

NDRF teams, Pradhan stressed, had been deployed and started work four days before the cyclone made landfall.

Earlier in the day, cabinet secretary Rajiv Gauba held a video conference with chief secretaries and their teams of West Bengal and Odisha to estimate the damage and response required.

districts and later it moved towards Calcutta, Hooghly and Howrah where we saw a severe impact,” he said.

The highest wind speed of 130 km/hr was recorded at Dum Dum in Calcutta around 7 pm.

Mohapatra informed the press that the cyclonic system had weakened and was situated in Bangladesh. However, some impact of the cyclone would be experienced in western Meghalaya and parts of Assam.