All the six accidents that claimed seven lives within a span of eight days involved two-wheelers, hinting that motorcycles and scooters tend to be more reckless when the roads are empty 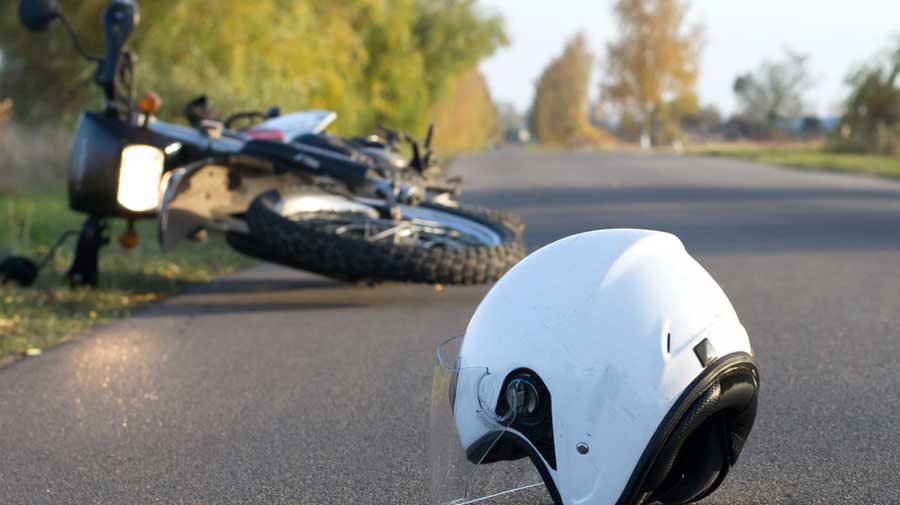 The number of fatal accidents in the city during Durga Puja has gone up compared to last year despite fewer vehicles and pedestrians on the road.

All the six accidents that claimed seven lives within a span of eight days involved two-wheelers, hinting that two-wheeler riders tend to be more reckless when roads are empty.

According to police records, seven people died in six road accidents between Tritiya (October 19) and Dashami (October 26) while the number during the same period last year was five. 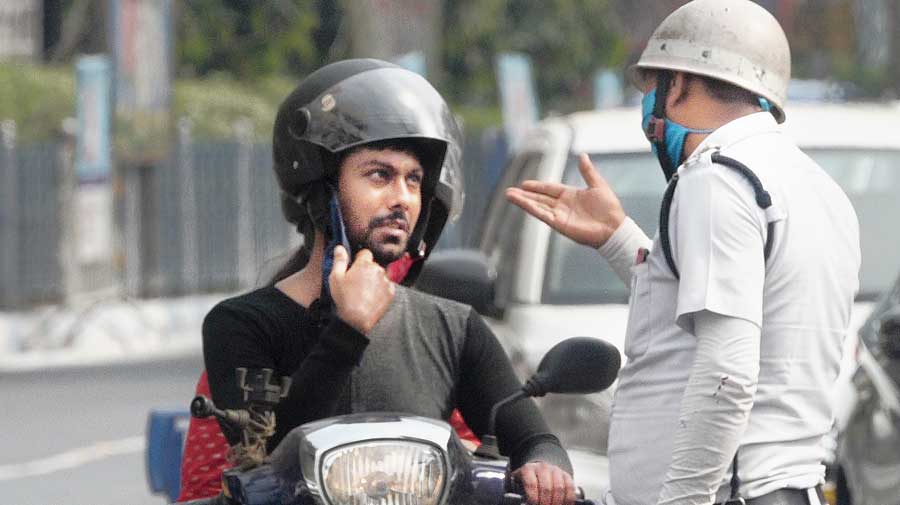 A policeman stops a man on a scooter on Park Street on Saturday afternoon because he was not wearing a mask.
Pradip Sanyal

Some of these accidents were reported in Jorasanko, Ballygunge, Kasba, Thakurpukur, Beleghata and Calcutta Leather Complex — all involving two-wheelers.

“In majority of these accidents, the bikers had lost control and rammed either into the divider or along the side of the road. In two of these cases, other vehicles were involved that had either hit the two-wheeler or had run over the motorcyclists or pillion riders,” said an officer in the traffic department.

In Ballygunge and Beleghata, the motorcyclists had apparently lost control and hit the divider while in the Jorasanko and Calcutta Leather Complex accidents, a second vehicle had allegedly hit the two-wheeler before running over the motorcyclists or the pillion rider.

Police said this was a natural tendency among motorcyclists to ride recklessly when roads are empty.

Possibly, because of fewer people and vehicles on roads during the Puja, some two-wheeler riders found the roads fit for speeding, an officer of the fatal squad of the traffic department said.

The pandemic and the restrictions imposed by Calcutta High Court on visiting pandals had kept many people indoors, reducing the volume of traffic.

But, unlike other years when there is pressure of vehicular traffic on roads in the run-up to Puja, this year, the roads were comparatively free and witnessed fewer accidents. 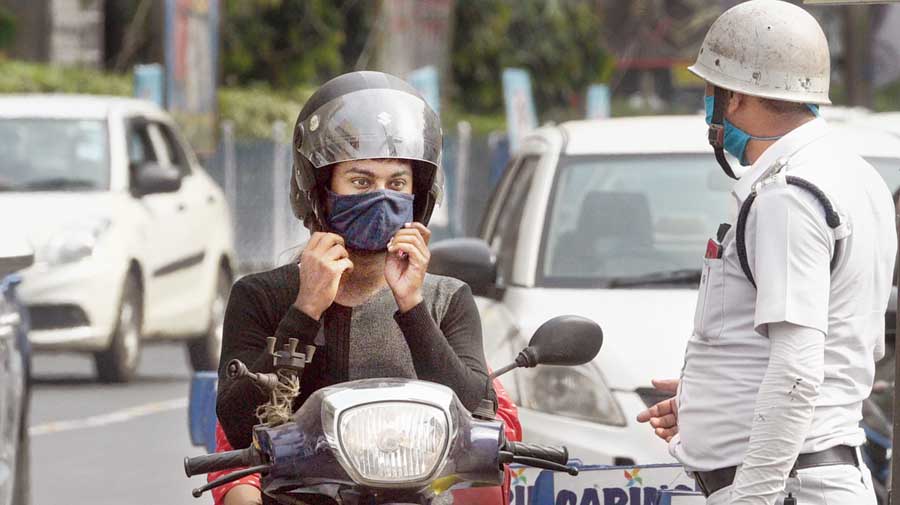 The policeman makes him put on a mask before allowing him to go.
Pradip Sanyal

The total number of accidents in October has reduced compared to the same month last year, indicating that fewer  people had stepped out. Last year, 179 road accidents had been reported in October while the number this year has come down to 141 as on Wednesday (October 28).

The police said cops had been carrying out awareness campaigns, especially among two-wheeler riders who are most vulnerable to road accidents, apart from pedestrians.